Elephant electrocuted to death in Chhattisgarh 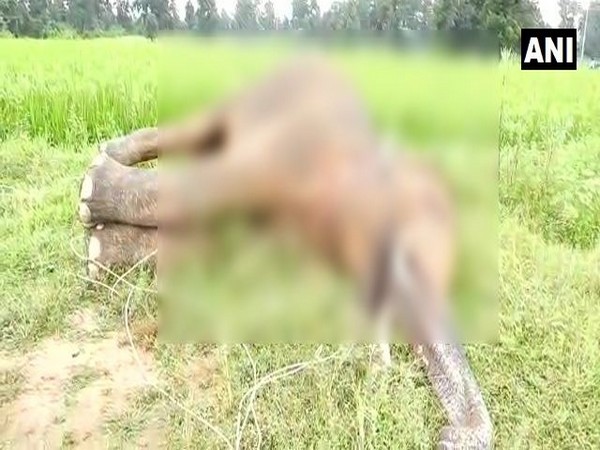 Raigarh (Chhattisgarh) [India], September 23 (ANI): A male elephant was found dead in the Dharamjaigarh area of Chhattisgarh’s Raigarh district on Wednesday, Mani Vasagan, the district forest officer said.
The death was due to electrocution, the officer said.
“A team from the forest department reached the spot as soon as the body of the animal was reported. It was found that the 30-year-old elephant died due to electric shock after coming in contact with wires laid down on the boundaries of a farm,” Vasagan said.
He further added that the electricity connection was found to be illegal and forest officers were investigating the case.
“In the last three months, nine elephants have died in Chhattisgarh due to various reasons including electrocution,” he added. (ANI)