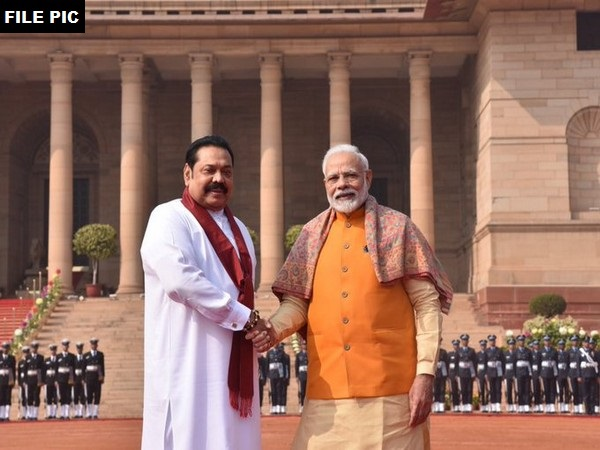 New Delhi [India], September 24 (ANI): Prime Minister Narendra Modi on Thursday said he is looking forward to jointly review the bilateral partnership comprehensively with his Sri Lankan counterpart Mahinda Rajapaksa during the virtual bilateral summit between the two leaders on September 26.
Responding to a tweet posted by Rajapaksa, the Prime Minister said that the two countries should explore ways to further strengthen cooperation in the post-COVID era.
“Thank you, @PresRajapaksa! I too look forward to jointly reviewing our bilateral relationship comprehensively. We must explore ways to further enhance our cooperation in the post-COVID era,” PM Modi said in a tweet.
On Wednesday, Rajapaksa said that various sectors including economics, defence, tourism and other areas of mutual interest are expected to be reviewed during the virtual summit.
“Looking forward to interacting with PM @narendramodi at the virtual summit scheduled for September 26. We expect to review the multifaceted bilateral relationship between our nations, ranging from politics, economics, defence, tourism and other areas of mutual interest,” he wrote.
The Ministry of External Affairs (MEA) said in a statement on Wednesday, “The summit will give the opportunity to two leaders to comprehensively review the broad framework of the bilateral relationship soon after parliamentary polls in Sri Lanka and in context of time-tested friendly ties.”
The virtual summit is the first official interaction between the leaders after they met in New Delhi in February this year.
Last week, Sri Lankan President Gotabaya Rajapaksa and Prime Minister Mahinda Rajapaksa had telephoned and conveyed their birthday wishes to PM Modi and expressed strong desire and commitment to further strengthen the relationship between the two neighbouring countries.
The Prime Minister had thanked both the leaders for their warm wishes and conveyed that he is looking forward to work with them to further expand cooperation between the two countries in line with India’s Neighbourhood First Policy. (ANI)

Mannara Chopra not approached for ‘Brahmotsavam’

Independent commission to be set for cycling doping probe