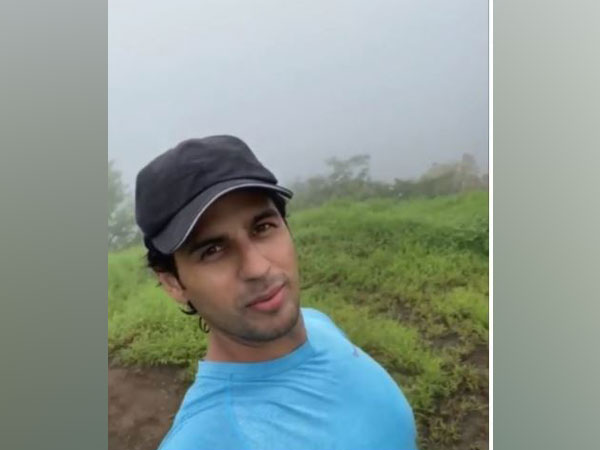 Mumbai (Maharashtra) [India], September 22 (ANI): Sharing a glimpse from his morning trek, actor Sidharth Malhotra on Tuesday treated fans to a mesmerising video from the hills. The clip featured the actor as he went on trekking earlier today and spent some time with nature.
The ‘Ittefaq’ actor posted a video on Instagram while trekking where he can be seen cherishing nature’s beauty. In the short clip, the ‘Ek Villain’ star is seen enjoying a picturesque view behind him while he turns the front camera on. In the video, he also urged his fans to have a look at the soothing view.
Malhotra is seen sporting a casual look as he sports a blue T-shirt and pastel brown pants, paired with a cap. The actor can be also seen splashing natural source of water on his face to have a refreshing effect.
He quoted the renowned English philosopher in his post and wrote, “Nature, to be commanded, must be obeyed.” He added, “Had such a super trek this morning.” (ANI)

75 years after World War II, world is again engaged in a great global struggle due to China virus: Trump at UNGA

On re-opening of liquor shops, Randeep Hooda turns his…