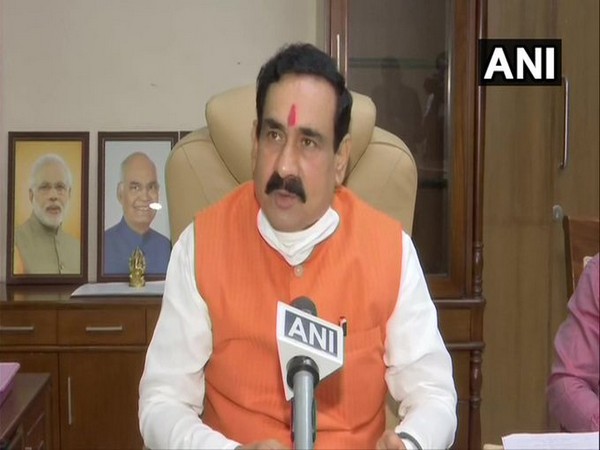 Bhopal (Madhya Pradesh) [India], September 23 (ANI): Madhya Pradesh Minister Narottam Mishra on Tuesday said that the state government will transfer Rs 4,000 into the bank accounts of farmers in two installments under the Pradhan Mantri Kisan Samman Nidhi Yojana (PM-KISAN) scheme.
“The farmers will be given Rs 4,000 by the Madhya Pradesh government under the Pradhan Mantri Kisan Samman Nidhi Yojana scheme,” Mishra told reporters here.
Meanwhile, Madhya Pradesh Chief Minister Shivraj Singh Chouhan tweeted: “With a view of overall development of farmers, we have decided that schemes being run in their interest, such as relief under RCB6(4), PM Kisan Samman Nidhi, loan at zero per cent interest and Prime Minister Crop Insurance, we will implement all the schemes as a package.”
“Under this scheme, all eligible beneficiary farmer families covered under the PM Samman Nidhi will be paid a total of Rs 4,000 in two installments in a financial year. The welfare of farmers is the goal of my life,” he said in another tweet.
Chouhan said his government will help farmers double their income by 2022.
“We re-implemented the loan scheme at zero interest rate. Complete benefits of Kisan Samman Nidhi and Bima Yojana were given. Over Rs 27,000 crores were paid to farmers for food grains purchase. We will leave no stone unturned to double farmers’ income by 2022,” he said.
The farmers will now get a total of Rs 10,000 every year as the Central government is providing Rs 6,000 as its contribution under the PM-KISAN scheme.
On September 25, on the birth anniversary of Pandit Deendayal Upadhyay, this amount will be added to the account of 77 lakh farmers in the state.
On Tuesday, Chouhan had transferred Rs 800 crores to cooperative banks to be given as zero per cent interest loans to farmers in the state.
“Sustaining the cooperative movement is the backbone of fostering economic growth. We have to carry forward this movement,” Chouhan said. (ANI)

India witnessing such speed in scheme subscription for first time: PM Modi on…