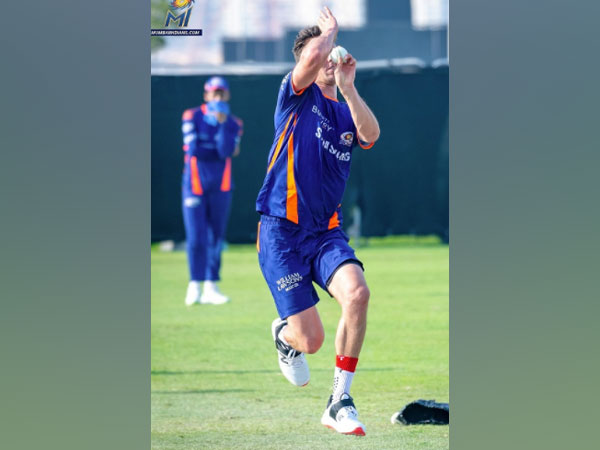 Abu Dhabi [UAE], September 22 (ANI): Mumbai Indians pacer Trent Boult has said that he is looking forward to the ‘Andre Russell’ challenge when his team will lock horns with Kolkata Knight Riders on Wednesday.
Russell has been in spectacular form. The right-handed batsman smashed three half-centuries in the recently concluded Caribbean Premier League and had a strike rate of 249 in the death overs in the 12th edition of IPL.
Russell also has a good record against both Boult (17 runs off nine balls, one dismissal) and Jasprit Bumrah (49 runs off 33 balls, one dismissal) in T20Is.
“He (Russell) is one of the most destructive batsmen in the game and therein lies the challenge, ESPNcricinfo quoted Boult as saying.
“That’s personally why I play the game, I like to take on the big players and look to take wickets, I’ll be looking forward to that challenge and I am sure I’ll face it at some stage in this tournament,” he added.
Mumbai Indians suffered a five-wicket defeat at the hands of CSK on Saturday. The Rohit Sharma led side will now lock horns with Kolkata Knight Riders on Wednesday at the Sheikh Zayed Stadium in Abu Dhabi. (ANI)