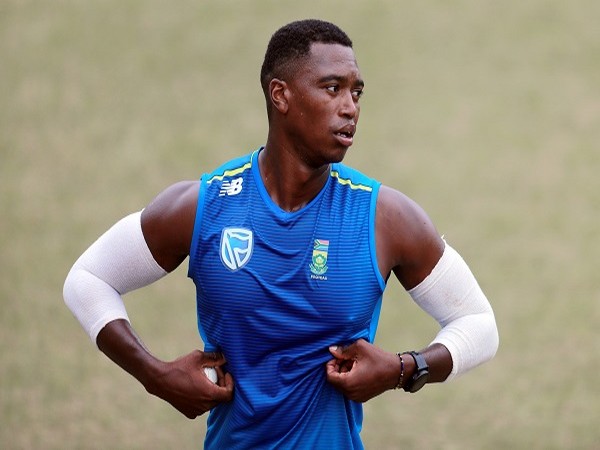 Sharjah [UAE], September 22 (ANI): Chennai Super Kings’ (CSK) Lungi Ngidi conceded 30 runs off the last over of the innings during the Indian Premier League (IPL) clash against Rajasthan Royals here on Tuesday. This is the joint most expensive final of the tournament’s history.
Jofra Archer was on the field and smashed back-to-back four sixes to Ngidi, out of which two were no balls. This meant the bowler gave away 26 runs from the first two legal deliveries.
Ngidi then bowled a wide delivery but after that, he managed to restrict the batsmen from hitting big shots. However, Rajasthan Royals still managed to take away 30 runs off the final over which took their total to 216 in the allotted 20 overs.
Apart from Ngidi, Chris Jordan and Ashoke Dinda have conceded these many runs in the final over of the innings in the IPL.
CSK now need 217 runs to win the match. The MS Dhoni-led team has already won the opening match of the tournament against Mumbai Indians and is playing their second match. (ANI)

Veena had to lose 9 kgs for ‘Supermodel’