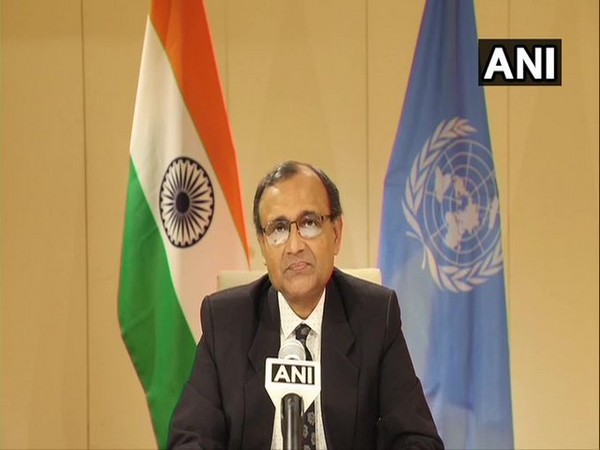 New York [US], September 23 (ANI): India on Tuesday slammed Turkish President Recep Tayyip Erdogan for his remarks on Kashmir during United Nations General Assembly (UNGA) session, saying the latter’s speech constitutes “gross interference” in India’s internal affairs and is “completely unacceptable”.
Taking to Twitter hours after Erdogan raked the Kashmir issue in the UNGA, India’s Permanent Representative to the United Nations, TS Tirumurti, said Ankara should learn to respect the sovereignty of other nations and reflect on its policies more deeply.
“We have seen remarks by President of Turkey on Indian UT of Jammu and Kashmir. They constitute gross interference in India’s internal affairs and are completely unacceptable. Turkey should learn to respect the sovereignty of other nations and reflect on its policies more deeply,” Tirumurti tweeted.
On day two of the high-level UNGA, the Turkish President said, “The Kashmir conflict, which is also key to the stability and peace of South Asia, is still a burning issue.”
In a pre-recorded statement, the leader said that it is imperative to solve the issue of Kashmir through dialogue.”We are in favour of solving this issue through dialogue within the framework of the United Nations resolutions, especially in line with the expectations of the people of Kashmir,” Erdogan added.
In the last one year, Pakistan-ally Turkey has used several platforms to raise the issue of Jammu and Kashmir. However, India, time and again, has told the west-Asian country that Kashmir issue is an internal matter of India.
Last week, India had slammed Pakistan, Turkey and Organisation of Islamic Cooperation (OIC) at the 46th session of the Human Rights Council for their remarks on India’s internal affairs.
Responding to reference made by Turkey on Jammu and Kashmir, India in its right to reply had advised Turkey to refrain from commenting on the internal affairs of India and develop a better understanding of democratic practices. (ANI)

Ojha, Yadav put India A ahead against Australia A