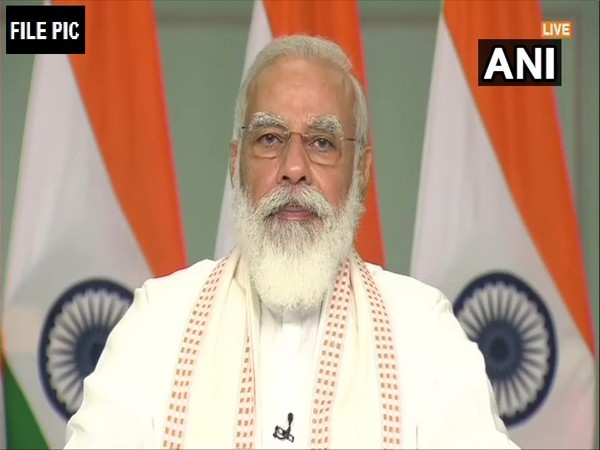 New Delhi [India], September 22 (ANI): Prime Minister Narendra Modi on Tuesday lauded Rajya Sabha Deputy Chairperson Harivansh after he served tea to the eight suspended MPs who spent the night on the lawns of Parliament in protest against the recently passed farm Bills, saying that the Deputy Chairperson had a “humble mind and a big heart”.
“For centuries, the great land of Bihar has been teaching us the values of democracy. In line with that wonderful ethos, MP from Bihar and Rajya Sabha Deputy Chairperson Shri Harivansh Ji’s inspiring and statesman-like conduct this morning will make every democracy lover proud,” the Prime Minister tweeted.
“To personally serve tea to those who attacked and insulted him a few days ago as well as those sitting on Dharna shows that Shri Harivansh Ji has been blessed with a humble mind and a big heart. It shows his greatness. I join the people of India in congratulating Harivansh Ji,” he added.
On Monday, Venkaiah Naidu announced the one-week suspension of Trinamool Congress’ (TMC) Derek O’Brien and Dola Sen, Aam Aadmi Party’s (AAP) Sanjay Singh, Congress’ Rajeev Satav, Ripun Bora and Syed Nasir Hussain, and CPI (M)’s KK Ragesh and Elamaram Karim for “unruly behaviour” with the Rajya Sabha Deputy Chairman on Sunday during the passage of the farm bills.
On Sunday, the Rajya Sabha witnessed unruly scenes as Opposition members stormed the well and reached the Deputy Chairman’s seat to protest the Farmer’s Produce Trade and Commerce (Promotion and Facilitation) Bill, 2020 and the Farmers (Empowerment and Protection) Agreement of Price Assurance and Farm Services Bill, 2020, which was passed by the Upper House through voice vote despite objection from the Opposition. (ANI)