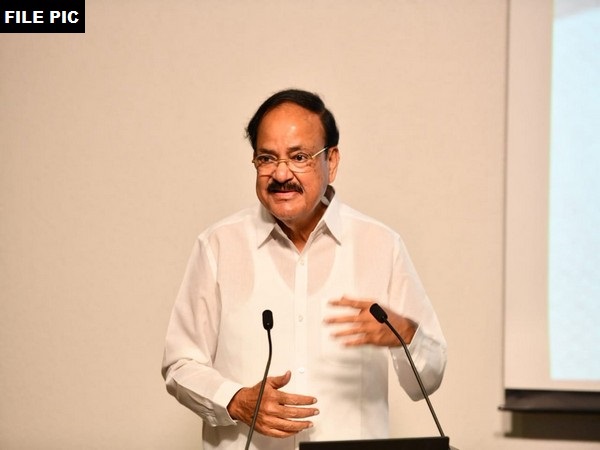 New Delhi [India], September 22 (ANI): Vice President and Rajya Sabha chairman M Venkaiah Naidu on Tuesday said the initiative by Deputy Chairman Harivansh to bring tea for the eight suspended opposition MPs holding a protest on the lawns of Parliament, shows “our excellent democratic values” and it is an “auspicious sign for democracy.”
“The incident happened day before yesterday in the Rajya Sabha has damaged parliamentary dignity. But I was told that … despite all this … Today the Deputy Chairman Shri Harivansh ji himself took morning tea for the MPs sitting on a dharna in the Parliament premises,” Naidu said in a tweet attaching a picture of Harivansh with suspended MPs in Parliament premises.
“This initiative of Harivansh ji shows our excellent democratic values … His initiative is an auspicious sign for democracy!” he added.
The eight opposition Rajya Sabha members suspended for continuing with their protests against farm bills inside the Upper House and who stayed overnight on the Parliament lawns in a sit-in protest have said that they will withdraw protest depending upon the proceedings inside the House on Tuesday.
The suspended MPs had a visitor in Rajya Sabha Deputy Chairman Harivansh who arrived with morning tea for them on Tuesday morning but the opposition members refused the tea diplomacy.
The MPs were earlier suspended by Rajya Sabha chairman M Venkaiah Naidu for “unruly behavior” with Harivansh.
On Monday, Venkaiah Naidu announced the one-week suspension of Trinamool Congress’ (TMC) Derek O’Brien and Dola Sen, Aam Aadmi Party’s (AAP) Sanjay Singh, Congress’ Rajeev Satav, Ripun Bora and Syed Nasir Hussain, CPI (M)’s KK Ragesh and Elamaram Karim for “unruly behaviour” with the Rajya Sabha Deputy Chairman on Sunday during the passage of the farm bills.
On Sunday Rajya Sabha witnessed unruly scenes as Opposition members stormed the well and reached the deputy chairman’s seat to protest against the Farmer’s Produce Trade and Commerce (Promotion and Facilitation) Bill, 2020 and the Farmers (Empowerment and Protection) Agreement of Price Assurance and Farm Services Bill, 2020 and passed by the Upper House through voice vote.
Both the Bills were earlier passed by Lok Sabha through voice votes. (ANI)

Trinidad and Tobago to play Iran in World Cup warm-up