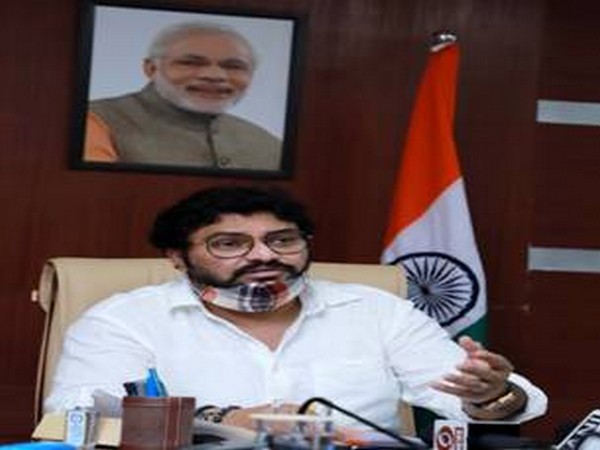 New Delhi [India], September 23 (ANI): On the occasion of World Rhino Day, Minister of State for Environment, Forest and Climate Babul Supriyo on Tuesday congratulated frontline forest staff and officials deployed across the country for working tirelessly to save rhinos and informed that Delhi zoo would be receiving a male rhino from the Patna zoo soon.
Speaking on the population of Greater one-horned rhinoceros, which reached the brink of extinction by the end of the 20th century with fewer than 200 animals in wild, Supriyo said timely efforts and management by the government of India and state governments had revived its population in the country.
“Today, approximately 75 per cent of the entire population of greater one-horned rhinoceros is in Assam, Uttar Pradesh and West Bengal. A census of rhinoceros is undertaken at the state-level by the respective state governments periodically,” he said.
The Minister also thanked the Chief Minister of Bihar, Nitish Kumar for accepting the request of Central Zoo Authority towards translocation of an alpha male Rhino from Patna zoo to Delhi zoo.
The World Rhino Day is celebrated every year on September 22 to emphasise the importance of conservation of rhinoceros species. The Ministry of Environment, Forest and Climate Change celebrated the occasion this year through a virtual conference in which senior officials from the ministry, state forest departments and other organisations like Central Zoo Authority, WWF-India, Aaranayak and UNDP also attended the meeting.