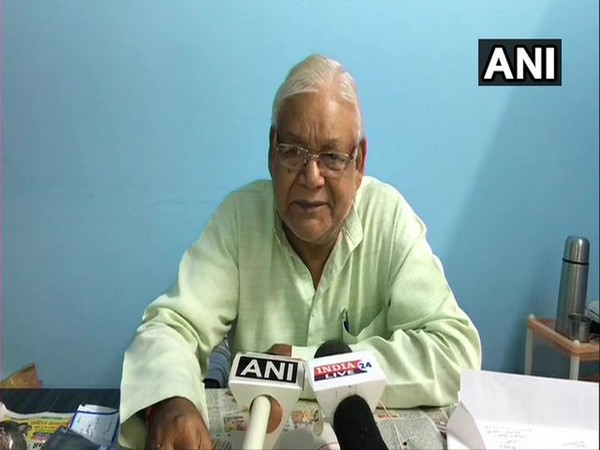 Ayodhya (Uttar Pradesh) [India], September 23 (ANI): While the construction of the Ram Janmabhoomi Temple in Ayodhya continues, the contributions have kept on pouring in from across the world, the latest being a USD 1,500 contribution made by an NRI.
Prakash Gupta, office-in-charge, Shri Ram Janmabhoomi Tirtha Kshetra told reporters here that till date crores of rupees have been received from devotees for the temple construction.
“Crores of rupees have been received for temple construction till date. Recently an NRI has sent a cheque of USD 1,500 as his contribution,” Gupta said.
The official further said that for every contribution the Trust receives through the post they send back a receipt and prasad, with the major contributors also getting an additional thank you note from its officials.
“For every cheque that we receive through the post, we send back a receipt and prasad. We also send a thank you letter to those who send large amounts along with these, we have been getting contributions regularly ranging from Rs 101 to lakhs,” Gupta said.
On September 4, the Ayodhya Development Authority (ADA) has handed over the approved design of the Ram Janmabhoomi temple being constructed in Ayodhya to the Ram Temple Trust. The Trust had on August 20 said that the construction of Shri Ram Janmbhoomi Mandir has “begun” and the engineers had begun testing the soil at the site.
In February this year, Prime Minister Narendra Modi announced the constitution of Shri Ram Janmbhoomi Teerth Kshetra, to oversee the construction of Ram temple in Ayodhya. (ANI)

I am instinctive and effortless: Aditi on her fashion sense

Can’t wait to be back in dual role of actor, producer:…