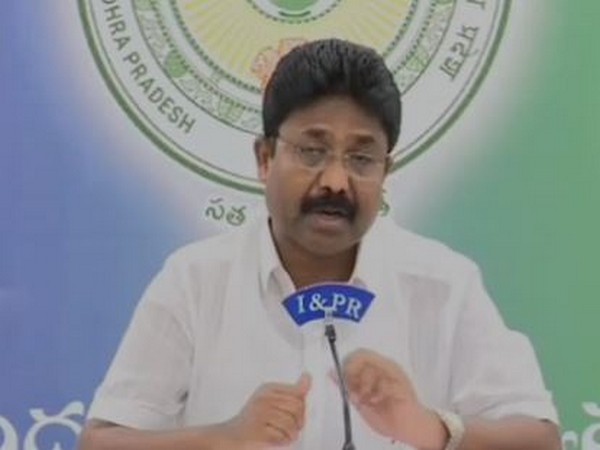 Vijayawada (Andhra Pradesh) [India], September 23 (ANI): Andhra Pradesh Education Minister Adimulapu Suresh has informed that the state government has started the process of appointments of Secondary Grade Teachers (SGT) who appeared for the District Selection Committee (DSC) examination in 2018.
“Though the DSC exam was conducted in 2018, the SGT posts were not recruited due to court cases. After the YSRCP government came to power, we took the matter to the notice of the court. The court has disposed of the case on Monday,” Suresh said at a press conference here.
“In this wake, the government started the process of appointment for 3,524 posts. As of now, verification of 3,524 candidates is completed. They will be sent SMS on September 23, to upload their certificates on the website. The candidates should arrive at District Education Officers’ office on September 24 and get their certificates physically verified,” he added.
Counselling will be conducted for candidates on September 25 and 26 and appointment letters will be handed over, the Minister informed.
“The appointed teachers should join their duties on September 28. The recruitment process should be completed for 949 more posts, once the court orders come in. We are hopeful that the courts give positive orders regarding the recruitment of pending DSCs. After clearing the pending recruitments; the government is likely to conduct DSC 2020,” he said.
The Education Minister further said that the schools are opened for 9th and 10th classes’ students only amid the COVID-19 outbreak.
“Students can go to school with their parents’ approval. The next step of opening schools will be decided according to the guidelines of the Central government. Admissions into the four Indian Institutes of Information Technologys (IIITs) in the state should be done based on Class 10 marks, a decision in that regard will be taken tomorrow,” he said. (ANI)

Voters turn up for Bihar polls in huge numbers