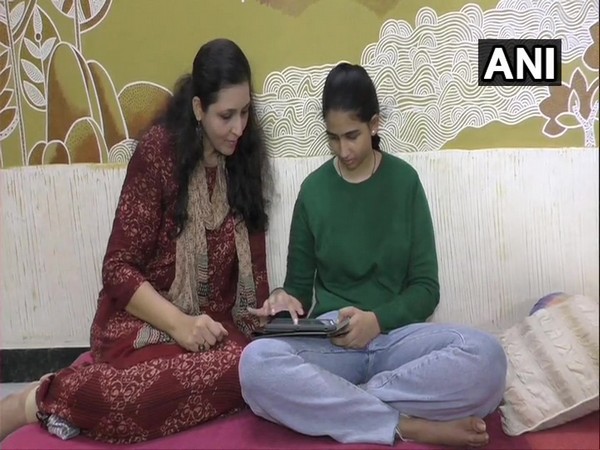 Surat (Gujarat) [India], September 23 (ANI): Impassioned about environmental conservation and determined to spread awareness about its safeguard, a 17-year-old girl from Surat has been appointed as Regional Ambassador for India by the United Nations Environment Programme – Tunza Eco-Generation.
The newly appointed ambassador, Khushi Chindaliya, says that she started to look for ways to conserve nature after she saw the greenery around her hometown turn into a concrete jungle.
“When my family and I shifted to the new house in the city, I used to see greenery all around. The Chikoo trees near my house sheltered several birds and we were surrounded by nature. As I grew older, I saw the greenery turn into concrete jungles and realised that my younger sister would not be able to enjoy the beauty of nature as I did in my childhood. This was the point when I became more aware of nature and looked for ways to protect the environment around myself,” Khushi told ANI.
The 17-year-old’s interest in nature and conservation of the environment has now made her The Regional Ambassador of the United Nations Environment Programme – Tunza Eco-Generation.
The honourable appointment will give Khushi a platform to spread awareness about the safeguard of environmental treasures and discuss India’s contribution to environmental conservation. She will also have the opportunity to discuss the subject with other ambassadors around the world.
“We had a green cover near our house where several species of birds and animals would frequent. Khushi would always go with her younger sister to observe them from the balcony. I have always raised my children to be environmentally conscious and keep the environment clean. I am very proud that Khushi has been given such a big responsibility,” Binita, Khushi’s mother said. (ANI)

Responsibility of departments related to road construction to make pothole-free roads before festivals: UP CM

No discussion on India-China border issue during…