Things will change for women cricket in India, the day they win World Cup: Anjum Chopra 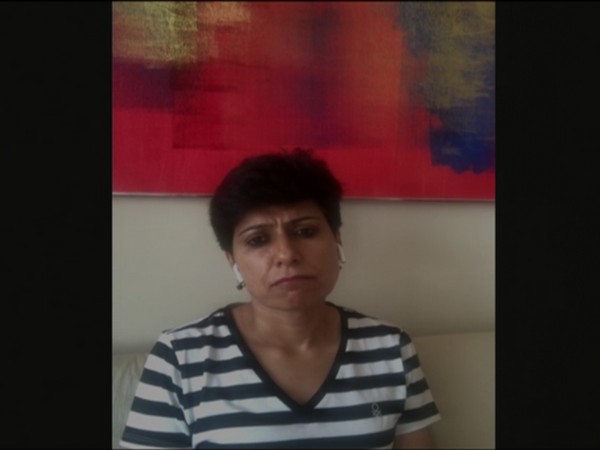 Dubai [UAE], September 21 (ANI): Former Indian cricketer Anjum Chopra feels that women’s cricket in the country will fillip when the Women in Blue will win a World Cup in any format.
During an interaction with ANI, Chopra said that the Board of Control for Cricket (BCCI) is doing all they can and now it is the players’ turn to repay the country.
“I think BCCI is doing enough to promote women’s game in the country. Players need facilities and matches which are already present. The matches can be increased while the facilities are getting better day by day. I think the ball is now at the players’ court, how well they can do. This is now the time to win the World Cup. We have played the final for two-three times,” Chopra told ANI.
“The day we win the World Cup, it will be a different look for women’s cricket in India and worldwide. The only focus should be on becoming the World Champion,” she added.
BCCI has confirmed that the third edition of the Women’s T20 Challenge will also take place in the UAE and will comprise three teams with four matches to be played during the IPL playoff week.
Talking about the practice matches before the upcoming Women’s IPL she said, “In the ideal condition it was supposed to be held in India but now only three teams will play as foreign players will not feature in the tournament. I think players should have to do their practice at home as arranging practice or warm-up matches is not the responsibility of the board. I do not think there would be a practice match.”
“It will be a challenging tournament as players are playing after a long time. It depends on players what they have done in the last months. They will get plenty of time to train here before the competition,” she added.
Chopra is one of the commentators for the ongoing IPL. According to her, it is a different experience with the ‘new normal’.
“Till now I have not seen much as I am confined to my room in the quarantine period. It is quite hard to follow up with the match but the difference between India and UAE is that the former has a busy atmosphere with hustle-bustle but as of now everyone needs to spend their quarantine in isolation, we are not working together at the workplace,” Chopra said.
“Yes, I definitely think it is a challenge, first of all when I was coming here I was told they (UAE) have one week of quarantine. First, it was 14 days and then they reduced it to seven days and you cannot meet anybody. It already seems horrible because sitting at home by choice but when you are restricted you feel like trapped that is why it is challenging although most of the things are open still we need to take care of other people also but as you said this is the new normal so we all have to go according to it,” she added.
The former batsman believes that the bio-bubble environment will not add extra pressure on players as it is for safety purposes.
“I think the players must not have the pressure of playing well than anything else. When you are living in a bubble, so there are fewer chances of worrying for players. Considering, players will only have to focus on their game. There are a lot of restrictions on our part too, and we are slowly adapting to the new normal. We all are fortunate that we are part of something which is important for people and we are giving a smile back to the fans all around the world,” Chopra said.
In the second game of the ongoing IPL between Delhi Capitals and Kings XI Punjab on Sunday, an umpiring error costed the game for the latter as they lost the match in super over. To reduce such things on-filed, Chopra bats for change in playing conditions.
“Talking about yesterday’s match, that was a human error, and they (umpires) too are coming after a long break like players. I think TV umpire can refer or inform the on-field umpires but as of now according to the rules it cannot be done as it is not yet in the rule books. I’m sure these things will change in the future,” she said.
“Over the last seven-eight months, there has been a demand for change in playing condition rules. We have seen in the Women’s T20 World Cup this year how the rain costed England in the semifinal. I’m sure in the long terms things will change surely,” Chopra added. (ANI)

Chandigarh to discontinue odd-even closure of shops from Sep…