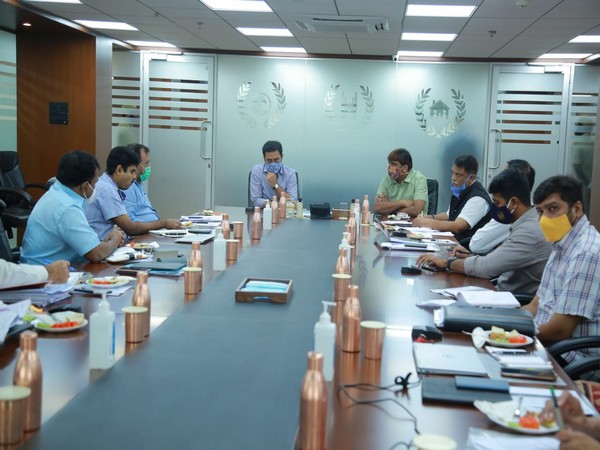 Hyderabad (Telangana) [India], September 22 (ANI): Telangana Municipal Administration and Urban Development Minister KT Rama Rao on Monday reviewed the impact of heavy rains in Hyderabad and other areas and asked officials to step up relief measures.
According to an official statement of the state government, Rao also asked senior officials to cancel the leaves of all the employees and conduct surprise inspections from time to time.
The officials further informed the minister that the state capital received heavy rainfall of 54 centimetres in the last ten days and the downpour in the city led to waterlogging in low-lying areas, the statement said.
It added, “The minister instructed the officials to identify and demolish the buildings which are on the verge of collapsing. He also asked the officials to set up teams in water-logging areas and monitor the situation.”
About 170 rescue teams are working in Hyderabad to take control of the situation, the officials told the minister. (ANI)

Kohli is the difference between men and boys: Gaekwad