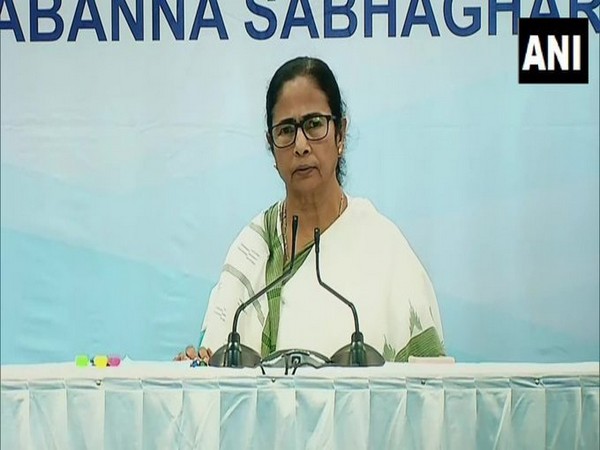 Kolkata (West Bengal) [India], September 22 (ANI): West Bengal Chief Minister Mamata Banerjee on Monday accused the BJP-led Centre of suspending eight opposition Members of Parliament (MPs) as they did not have numbers in Rajya Sabha and wanted to pass “anti-farmer” and “anti-labour” bills.
“BJP did not have the numbers. That why they suspended MPs from various parties to pass anti-farmer bills and anti-labour bills. They did not want these MPs to speak on issues related to farmers, labours, students, Goods and Services Tax (GST) and poor people. These MPs were suspended in order to pass anti-farmer bills and anti-labour bills,” she said.
She added, “Whatever happened on farmers bill is very dangerous. Those who do not know anything about farming, do not understand farmers, how would they understand about anything about agriculture?”
Banerjee alleged that the BJP “bulldozed” the Constitution and Opposition.
“The BJP did not allow division of votes even when it was sought. It bulldozed the constitution, democracy as well as the Opposition. This is very unfortunate,” she said.
Earlier on Monday, eight Opposition members were suspended from the Rajya Sabha for one week for creating a ruckus on Sunday during the discussion over agriculture reform bills.
The eight suspended members are Derek O’Brien, KK Ragesh, Dola Sen, Syed Nazir Hussain, Sanjay Singh, Rajiv Sattav, Ripun Bora and Elamaram Karim.
“Derek O Brien, Sanjay Singh, Raju Satav, KK Ragesh, Ripun Bora, Dola Sen, Syed Nazir Hussain and Elamaran Karim suspended for one week for unruly behaviour with the chair,” Rajya Sabha Chairman M Venkaiah Naidu said. (ANI)

Yami in Kashmir for ‘Junooniyat’