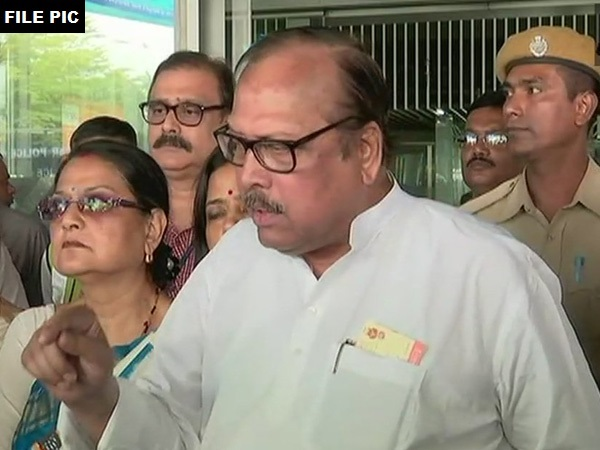 New Delhi [India], September 21 (ANI): The role of the Chair in the suspension of Opposition MPs from Rajya Sabha for one week was ex facie partisan, unprecedented and unlawful, said Sukhendu Sekhar Ray, Chief Whip of Trinamool Congress (TMC) in the Upper House.
The reaction came after eight Opposition members were suspended on Monday from the Rajya Sabha for one week for creating a ruckus on Sunday during the discussion over agriculture reform Bills. There are 2 TMC MPs, Derek O’Brien and Dola Sen, in the list of suspended members.
“Amendments of several members for referring the matter to Select Committee were not taken up for disposal before passing of the Bill by so-called voice vote. The role of the Chair in this context was ex facie partisan, unprecedented and unlawful. Without considering this illegality committed yesterday giving birth to strong protests from the Opposition, their voices have further been throttled when some of them have been suspended today for the remaining period of the current session,” Ray said in a statement.
“This way the Upper House is not run. If Constitutional Authorities, in this case, the Deputy Chairman of the Upper House of the Parliament, act as per their whims and fancies in blatant violation of rules and in detriment to the laid down procedures of the parliamentary democratic system, the country is destined to fall prey to majoritarianism, if not fascism,” he added.
Ray said such developments must be condemned by all.
“Such developments that took place within the temple of democracy in India must be condemned by all sections of the people as the Parliament like all other constitutional institutions of the country belong to them only as we are a people’s democracy,” he said.
Earlier today, eight Rajya Sabha MPs were suspended for one week on Monday for unruly behaviour with Chair.
Derek O Brien, Sanjay Singh, Raju Satav, KK Ragesh, Ripun Bora, Dola Sen, Syed Nazir Hussain and Elamaran Karim were suspended for one week for unruly behaviour with the Chair.
Rajya Sabha witnessed unruly scenes on Sunday as Opposition members stormed the well and reached the deputy chairman’s seat to protest against the farm Bills debated and passed by the Upper House through voice vote. (ANI)