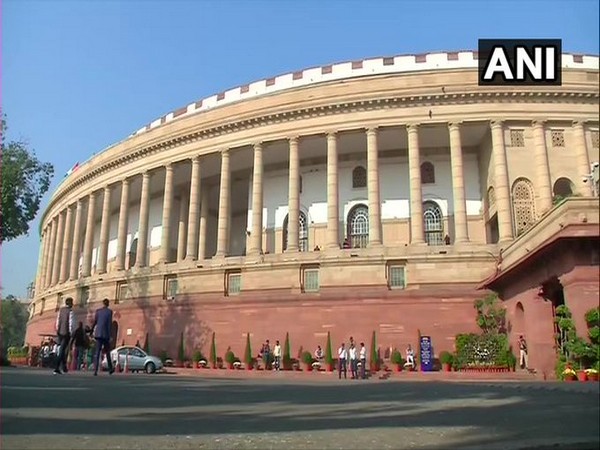 New Delhi [India], September 21 (ANI): Amid continuous protest by Opposition members over the suspension of eight MPs, the Rajya Sabha on Monday, adjourned for the third time, till 11:07 am.
It was adjourned by Deputy Chairman Harivansh till 10:36 am and by Chairman M Venkaiah Naidu till 10 am after announcing the one-week suspension of TMC’s Derek O’Brien and Dola Sen, AAP’s Sanjay Singh, INC’s Rajeev Satav, Ripun Bora, and Syed Nasir Hussain, CPI(M)’s KK Ragesh and Elamaram Karim for unruly behaviour with the Rajya Sabha Deputy Chairman yesterday.
Deputy Chairman Harivansh said, “We will not take bills, LoP will be given the opportunity. First, follow Rule 256.”
Naidu had also rejected the no-confidence motion moved by the Opposition against Deputy Chairman Harivansh saying that it is “not admissible under the rules”.
The Opposition parties had submitted a no-confidence motion against Rajya Sabha deputy chairman Harivansh after he overruled opposition pleas for postponing Agriculture Minister Narendra Singh Tomar’s reply to the debate on the two farm Bills till Monday since the sitting time scheduled of the House was over.
Rajya Sabha witnessed unruly scenes on Sunday as Opposition members stormed the well and reached the deputy chairman’s seat to protest against the farm Bills debated and passed by the Upper House through voice vote. (ANI)

Dress rehearsal for India against Cambodia ahead of Asian…