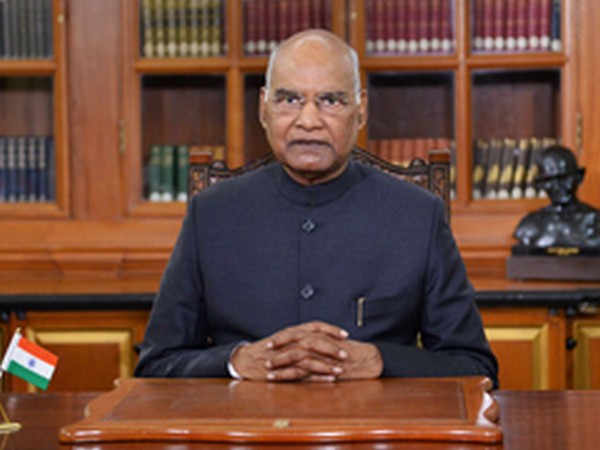 New Delhi [India], September 21 (ANI): President Ram Nath Kovind on Monday expressed grief at the building collapse incident in Maharashtra’s Bhiwandi.
“The loss of lives in the building collapse at Bhiwandi, Maharashtra is quite distressing. In this hour of grief, my thoughts and prayers are with the accident victims. I wish speedy recovery of the injured. Local authorities are coordinating rescue and relief efforts,” the President’s tweet read.
Meanwhile, the Director-General (DG), National Disaster Response Force (NDRF) said that one more individual, a 19-year-old youth, has been rescued alive from the site of the building collapse and that the operations will continue as it is likely that more people are still trapped in the debris.
At least ten people were killed after a three-storey building collapsed in Patel Compound area here.
The incident happened at around 3:40 am. Five people were also injured in the incident.
According to the NDRF, the estimated number of people trapped at the site is between 25 to 30.
“As many as 20 people were rescued by the locals,” the NDRF had said earlier.
Maharashtra Minister Eknath Shinde visited the site of the incident and took stock of the situation from ground zero.
Further details are awaited. (ANI)

Carlton Chapman always played with a smile on his face,…