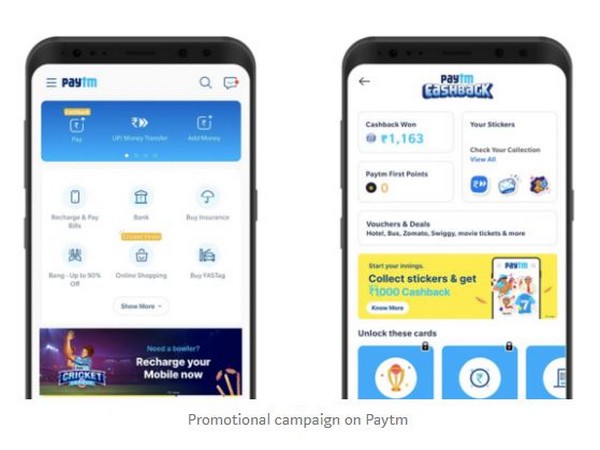 Noida (Uttar Pradesh) [India], September 21 (ANI): Financial services app Paytm has accused Google of making policies that are over and above the laws of India after it was briefly delisted from the Playstore last week.
“As a startup, we are running law-abiding businesses and building for India. Google and its employees are making policies which are over and above the laws of our country, and are arbitrarily implementing them,” it said in a blogpost.
Paytm said Google owns Android which is the operating system on which over 95 per cent of smartphones in India run. Google, as a result, has enormous control over which apps you download through its Playstore policies.
“It also makes billions of dollars in advertising revenues from the Indian startups that make these apps. In many cases like maps, email, payments, shopping and cloud storage, Google also has apps that compete with other apps, including, of course, the apps that are made by Indian startups.”
Paytm said it had launched a campaign where users could collect cricket stickers and scratch cards to earn UPI cashback. The offer was applicable on recharges, utility payments, UPI money transfers and adding money to Paytm wallet.
On September 18, it got an email from Google Play Support informing that the Paytm Android app had been delisted.
This was the first time that Google was sending it a notification regarding its UPI cashback and scratch cards campaign.
“Contrary to accepted practise, we were not given any opportunity to respond to their concerns or put forth our views. We maintain that our cashback campaign was within guidelines, as well as all laws of the land. We did not break any rules and there was no violation. It is not related to gambling in any manner whatsoever,” said Paytm. (ANI)

Brie Larson: Michael B. Jordan has always felt like family