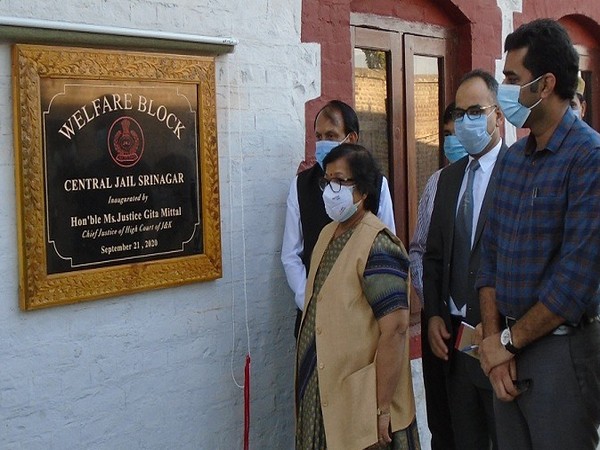 Srinagar (Jammu and Kashmir) [India], September 22 (ANI): Chief Justice of Jammu and Kashmir High Court Gita Mittal on Monday inaugurated the new facilities at Srinagar’s Central Jail.
Among the facilities that have been inaugurated include — interview block, child-friendly corners, separate enclosure for female prisoners as well welfare block with canteen, gymnasium, recreation hall, barber shop, bakery and inmate calling system, according to a statement from Jammu and Kashmir’s Department of Information and Public Relations.
“She welcomed the introduction of new facilities in prisons and encouraged the inmates to make the best utilisation of their time in prisons by acquiring skills available in the jail,” the statement said.
Mittal lauded the inmates who performed during the function and complimented the trainers and staff of Prisons Department for their efforts. (ANI)

Trump thanks Pak PM for helping in hostages’ release