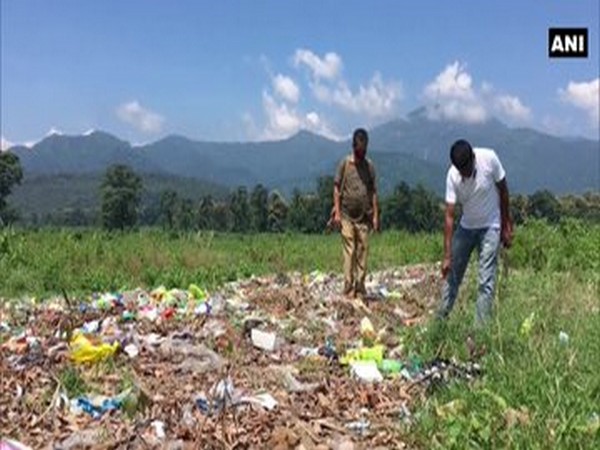 Siliguri (West Bengal) [India], September 21 (ANI): Wild elephants passing through the Bamonpokhri forest area have been consuming waste which is illegally dumped in the area.
A group of wildlife activists in North Bengal have found plastic samples in the dung of elephants in Bamonpokhri forest area under Kurseong forest division.
The team, supported by the forest department, in a joint visit to the area, found illegal non-biodegradable products in dumping yards which have come up in the natural corridor of the elephants. According to the activists, the consumption of waste by the elephants could be life threatening for them.
“Illegal dumping takes place in Bamonpokhri forest area. Many elephants passing from here, consume waste due to which we have found plastic in their dung. We will send these samples to Wildlife Trust of India so that this dumping stops,” Avijan Saha, wildlife activist, told ANI.
Saha, from Oirabath foundation, Siliguri, further said, “We are collecting dung samples from Bamonpokhri forest area which is most known as a critical residential area. Later we will send the samples to Wildlife Trust of India (WTI) so that they can take a strong step against the illegal dumping stations in the wild area.”
Dr. Wrttick Biswas, another member of the foundation said, “It is found that elephants consume plastic which is very dangerous for them. It could take their lives. So, we have taken this initiative and in future will follow the wildlife activities in this region.” (ANI)

Amazon opens supermarket with no checkouts