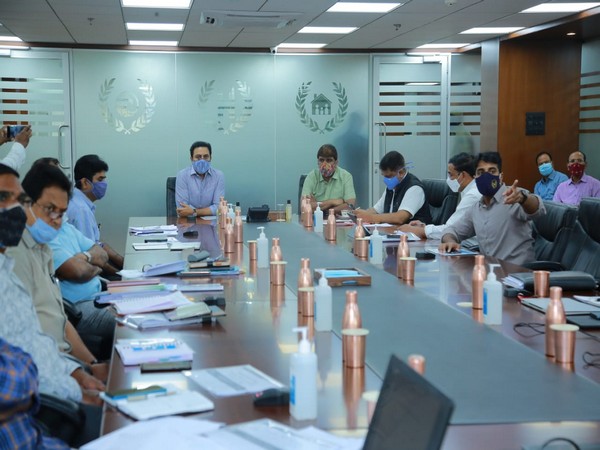 Hyderabad (Telangana) [India], September 22 (ANI): Municipal Administration and Urban Development Minister KT Rama Rao on Monday said that the Greater Hyderabad Municipal Corporation (GHMC) will soon commence capping work on open drains to avoid any untoward incidents.
This came in the wake of cases of children falling into open drains in the state.
These capping works (construction of box drains) will be executed on drains which are less than two metres wide. The instructions have been issued to officials to come up with an action plan to complete the works in time, according to an official statement.
The minister stated that the capping works will be taken up with a cost of Rs 300 crores.
“The administrative sanction for Rs 300 crores will be accorded shortly to execute the work,” Rao said.
He said that most of the drains, which are less than two metres wide, are located in densely populated areas and asked the officials to take all precautions.
For the drains, which are more than two metres wide and where the execution of capping works was not feasible, the minister directed officials to take up fencing works as per the National Green Tribunal and Supreme Court guidelines, according to the statement. (ANI)

Having my story told in a book exciting: Gulshan