Father receiving treatment in Delhi, my Bihar visit will be delayed: Chirag Pawan 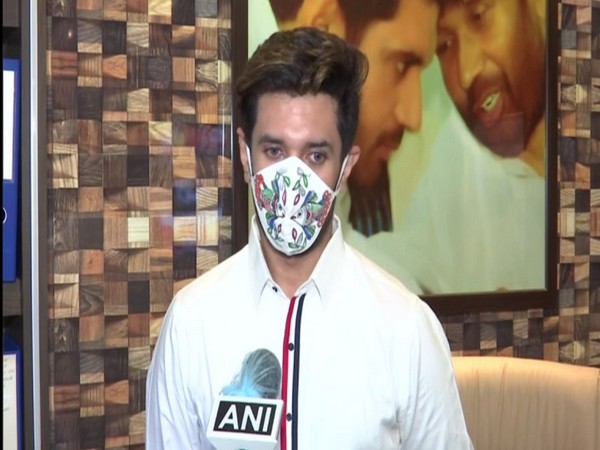 New Delhi [India], September 21 (ANI): My father and Union Minister Ram Vilas Paswan is currently undergoing treatment at a hospital in New Delhi, and as staying with him is important, my visit to Bihar will be delayed, said Lok Janshakti Party (LJP) national president Chirag Paswan informing party leaders and workers.
Chirag wrote to the party leaders informing them that no discussion over either seat sharing or the future of the State has been held with the National Democratic Alliance (NDA) allies till date.
Chirag added that he had conveyed the same in meetings of the parliamentary board and all party MPs held recently.
“On August 24 I had informed you that father was being admitted to a hospital for a routine health checkup. To ensure that people do not face hassles in getting rations delivered during the corona crisis, he had kept on delaying his routine health checkup therefore he got slightly unhealthy. For the past three weeks, he is being treated at a hospital in Delhi and I hope that he will return soon amidst us after getting treated,” the letter, written on Sunday, read.
The LJP chief also said that the senior Paswan had asked him to go to Bihar but he did not think it was fit to do so till the Union Minister was in the ICU.
The Assembly elections for 243 seats in Bihar are due in October-November and the tenure of the current Assembly is scheduled to end on November 29.
The Election Commission has not yet taken a final call on poll dates in Bihar due to the coronavirus pandemic. (ANI)

David Fincher’s ‘Mank’ to compete for Oscar, to be out on Theatres…

Nearly 46,000 Bihar villages to be connected with optical fibre network in next 6-7 months: RS Prasad

Netflix introduces price hike in standard monthly plan in US