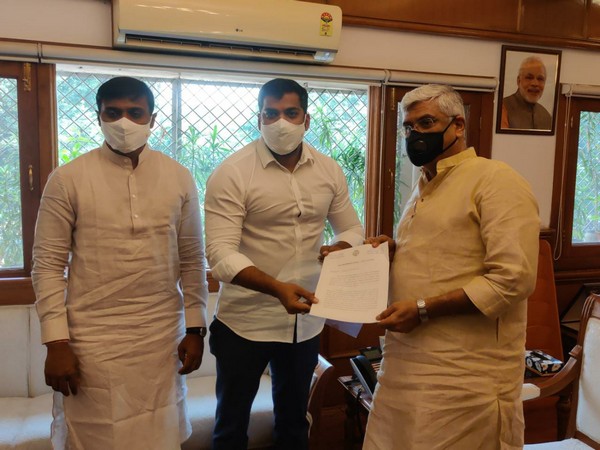 New Delhi [India], September 22 (ANI): Andhra Pradesh Irrigation Minister Anil Kumar met Jal Shakti Minister Gajendra Singh Shekhawat here on Monday and urged him to release the Polavaram project’s reimbursement funds at the earliest.
Kumar was accompanied by YSR Congress Members of Parliament (MPs) PV Midhun Reddy, G Madhav and Krishna Devarayalu.
Speaking to reporters after the meeting, he said, “I requested the Union Minister to release Polavaram project’s reimbursement funds as early as possible. He assured to release funds of Rs 4,000 crores in two or three days. Chief Minister YS Jagan Mohan Reddy is conducting the Polavaram project works even at the time of floods.”
“The Centre’s aim is to complete the project by December 2021. Further, rehabilitation and resettlement package should be settled soon. I discussed with him the benefits of Krishna River projects to the drought-ridden Rayalaseema region. There are few issues to be resolved with Telangana,” he added.
Kumar further said, “He (Shekhawat) has responded positively and said the date for apex council meeting will be fixed soon.”
Polavaram is a multipurpose project being built on river Godavari. (ANI)