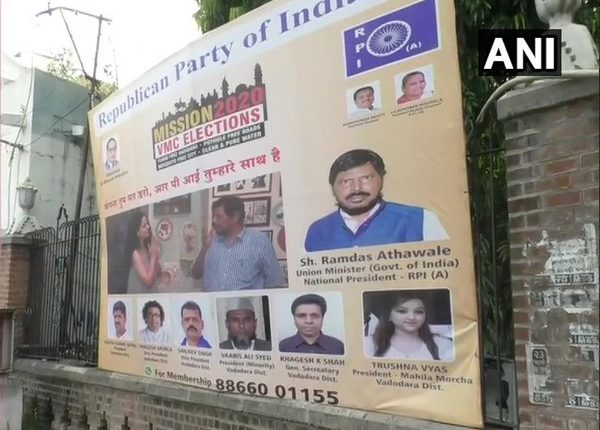 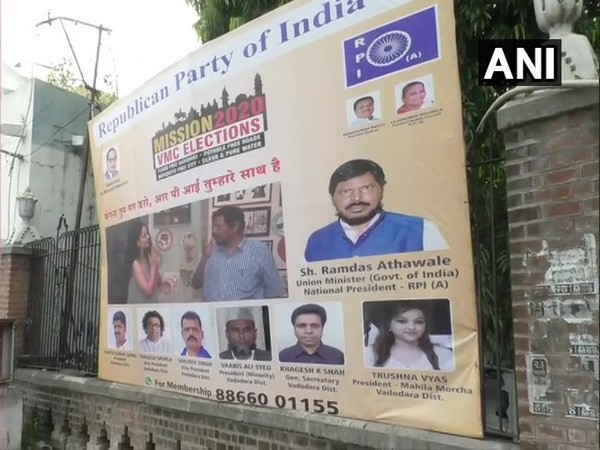 Vadodara (Gujarat) [India], September 22 (ANI): Workers of the Republican Party of India (RPI) have put up posters showing-Bollywood actor Kangana Ranaut with party president Ramdas Athawale, in Kala Ghoda area of Vadodara.
“Our party chief supported Kangana when she was in Mumbai. Such posters will be put up all over the State to show that we support her. We are ready for the upcoming Vadodara Municipal Corporation (VMC) elections,” Rajesh Goyal, the district party chief told ANI.
Earlier, Athawale came out in support of Kangana Ranaut, when she visited Mumbai after having a war of words with Shiv Sena MP Sanjay Raut.
On September 10, Kangana’s office in Pali Hill, Bandra was partially demolished by the Brihanmumbai Municipal Corporation (BMC). Later, through her lawyer Rizwan Siddiqui, she had moved the High Court against the demolition of what the BMC termed as “illegal alterations” at her office.
The corporation had earlier filed an affidavit in the High Court stating that Ranaut has unlawfully made substantial alterations and additions to the property, contrary to the sanctioned building plan, and termed her allegations against it as “baseless”. (ANI)

Panneerselvam may head merged AIADMK, Upper House may be…