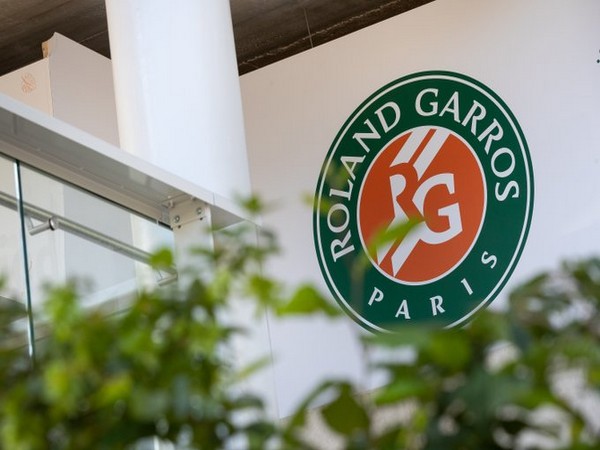 Paris [France], September 21 (ANI): The organisers of the French Open on Monday confirmed that two players competing in the qualification tournament have tested positive for COVID-19.
Along with these two players, one coach has also tested positive for the virus. However, the identities of players haven’t been revealed.
Three other players also came in contact with the coach and as a result, a total of five players will not be competing in the qualification tournament set to begin from tomorrow.
“The Roland-Garros tournament directors can confirm that 2 players competing in the qualifying tournament have tested positive for COVID 19 and three others have confirmed close contact with a coach who has tested positive for COVID 19. In line with tournament health protocols, the 5 players will not compete in the qualifying tournament which begins tomorrow and will self isolate for a period of 7 days. In total, some 900 tests have been carried out since Thursday 17 September,” the organisers said in an official statement.
Earlier, the organisers of the upcoming French Open had confirmed that spectators would be allowed inside the stadium despite the concerns regarding the growing number of coronavirus cases in the country.
The French Open is scheduled from September 27 to October 11 and stars like Novak Djokovic, Rafael Nadal have already confirmed their availability for the competition.
The decision to let spectators attend was announced as health protocols were unveiled for the clay-court Grand Slam.
“The French Tennis Federation has adopted a responsible organisation strategy by limiting the number of spectators at the tournament. Roland-Garros stadium, which spans just under 30 acres in total, will be split into three separate sites, each of which will include a show court and its surrounding outside courts,” the French Open organisers had said in an official statement.
“In order to adhere to the maximum number of people authorised to gather in one place, the sites’ capacity will be limited to 5,000 spectators for the Philippe-Chatrier and Suzanne-Lenglen sites, and 1,500 spectators for the Simonne-Mathieu site. These exceptional measures mean that the current health and safety guidelines can be respected,” it added. (ANI)

US to sell F-16 fighter jets to Pakistan: NYT

Interesting facts about the Oscars