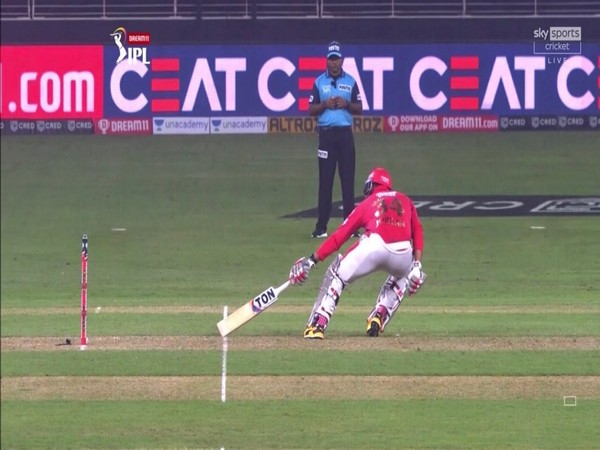 Dubai [UAE], September 21 (ANI): Kings XI Punjab co-founder Preity Zinta expressed frustration after the on-field umpire made an error during the team’s Indian Premier League (IPL) clash against Delhi Capitals.
Zinta questioned that what is the point of technology if it cannot be used and urged the Board of Control for Cricket in India (BCCI) to introduce new rules to “improve the game”.
“I travelled enthusiastically during a pandemic, did 6 days of Quarantine and 5covid tests with a smile but that one Short Run hit me hard. What’s the point of technology if it cannot be used? It’s time @BCCI introduces new rules. This cannot happen every year. #DCvKXIP @lionsdenkxip,” Zinta tweeted.
“I’ve always believed in being graceful in a win or loss and in the spirit of the game but it’s also important to ask for policy changes that improve the game in the future for everyone. The past has happened and it’s imp to move on. So Looking ahead and being positive as always,” she said in another tweet.
The incident took place in the 19th over of Kings XI Punjab’s chase when Mayank Agarwal played a shot and took two runs. However, the on-field umpire Nitin Menon deemed it as a single, declaring that Chris Jordan did not tap his bat past the crease.
Both teams scored 157 runs in the allotted 20 overs and Delhi Capitals won the match in the Super Over.
Meanwhile, former cricketer Virender Sehwag, who himself has represented Kings XI Punjab in the league, said the umpire’s call made the difference in the match and he should be ‘Man of the Match’.
“I don’t agree with the man of the match choice. The umpire who gave this short run should have been man of the match. Short Run nahin tha. And that was the difference. #DCvKXIP,” Sehwag tweeted. (ANI)

Altizon Recognized in the Gartner 2020 Magic Quadrant for…

Challenge was more emotional than physical: Bhansali on…