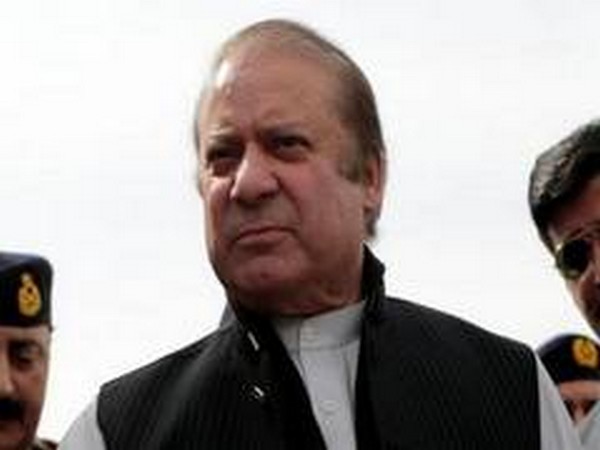 Islamabad [Pakistan], September 20 (ANI): Hitting out at the present Imran Khan-led government, Pakistan’s former Prime Minister Nawaz Sharif on Sunday termed his government as “nalayaq” (worthless) and said that the country’s economy has been completely destroyed in the last two years.
Addressing the Opposition-led All Parties Conference (APC), Sharif said that the politicians who came to power were hanged, murdered, imprisoned or declared disqualified.
Dawn quoted the former Prime Minister as saying, “Pakistan has been constantly deprived of a democratic system…When the vote is dishonoured, the entire democratic system becomes meaningless. When it is decided before the election process as to who will win and who will lose, then it can be guessed how the public is betrayed and how the public’s mandate is stolen.”
Pakistan has been made a laboratory of experiments, he said while adding “Every child knows that no prime minister has been allowed to complete five years in power.”
Stating that people who are responsible for robbing will have to be held accountable, he claimed that “Pakistan economy has been completely destroyed during last two years as the Pakistani rupee has gone even below the Nepalese rupee.” He also accused the “nalayaq government” of taking u-turns.
Dawn further reported Sharif as saying that under the present government the “dictators” are allowed to have full power and on the other hand people who follow the law are being put in jail.
“When a dictator was first brought into the courtroom for violating the Constitution, you saw what happened. Court gave dictators the right to play with the Constitution and acquitted someone who broke the Constitution twice […] Whereas the ones who follow the Constitution are still in jail,” he said.
As per Dawn, former Prime Minister said that the National Accountability Bureau (NAB), with the connivance of PTI, was carrying out only “selective accountability”.
“It is saddening that the situation has escalated to a state above the state. This parallel government illness is the root-cause of our problems,” he added. (ANI)

Was encouraged to develop own identity: Akshara Haasan