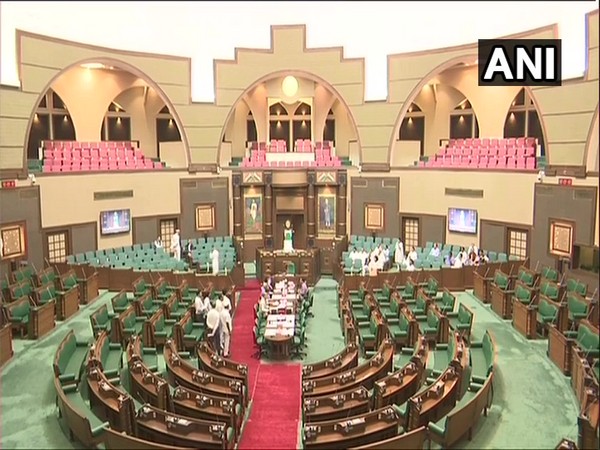 Bhopal (Madhya Pradesh) [India], September 21 (ANI): Madhya Pradesh Assembly is slated to hold a one-day monsoon session on Monday amid the COVID-19 pandemic.
Protem Speaker Rameshwar Sharma, along with Assembly’s principal secretary AP Singh reviewed arrangements in the House on Sunday.
“Protem Speaker Rameshwar Sharma, along with Assembly’s principal secretary reviewed arrangements in the house, ahead of the Assembly session on September 21,” the Madhya Pradesh Assembly said in its official Twitter account.
As many as 57 MLAs will attend the Assembly session in-person while the remaining will participate in the House proceedings virtually.
Earlier, Singh had said the Assembly will be holding a three-day session starting from September 21.
The monsoon session of Madhya Pradesh Assembly, which was scheduled to begin from July 20, was cancelled due to the coronavirus pandemic. (ANI)

One of six accused arrested for raping woman in Delhi hotel