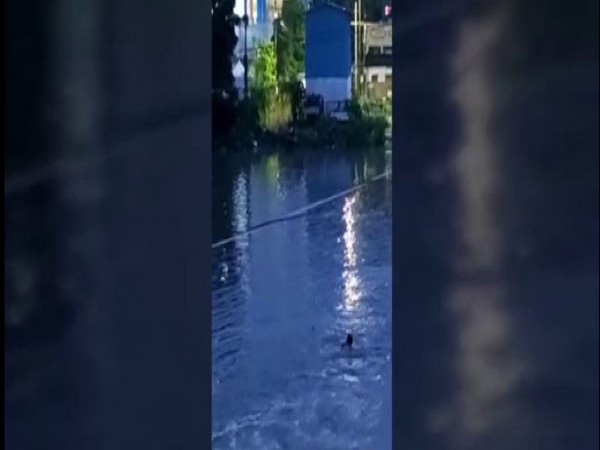 Hyderabad (Telangana) [India], September 21 (ANI): A man washed away from a road to Saroornagar tank on Sunday due to heavy rainfall in Hyderabad.
K Seetharam, Inspector of Police, Saroornagar Police Station speaking to ANI over the phone said, “An incident took place between 7.30 pm to 8.00 pm today where one Naveen Kumar, aged 46 years was crossing road number 6 in Saroornagar, Hyderabad.”
“Kumar was helping a person in pushing a vehicle which had broken down when he skidded and washed away into the Saroornagar tank. Due to heavy rains, there was waterlogging in the surrounding area and the water was overflowing into the tank,” Seetharam said.
There is no boundary to the road and to the tank, he added.
A rescue operation is underway. (ANI)

In-form India gear up for Lanka challenge (IANS at World…