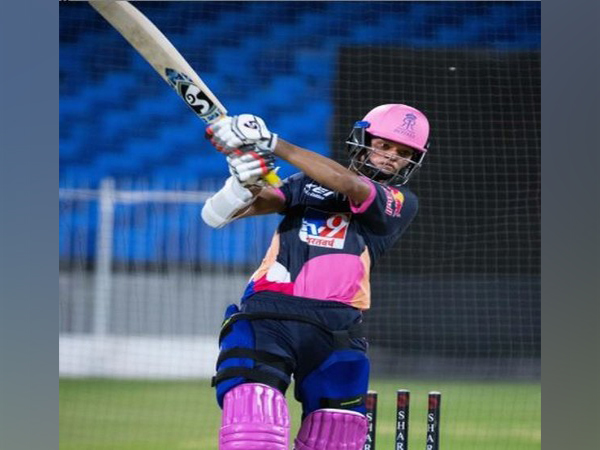 Dubai [UAE], September 20 (ANI): England batsman Jos Buttler said that India U19 World Cup star Yashasvi Jaiswal is a ‘huge talent’ and the former is looking forward to meeting and watching him play.
Yashasvi was picked by Royals for INR 2.4 crore in the player’s auction which was held in December 2019 and now he would be hoping to put in match-winning performances for the side.
The left-handed batsman had an amazing U-19 World Cup this year as he managed to score 400 runs to finish as the leading run-scorer.
“I have not met him yet but I am really excited to see that he has joined the Royals. He has been doing brilliantly well for India U19 and he is such a huge talent. I am looking forward to meeting him and watching him bat. It is always exciting to see young Indian talent that gets on earth in the IPL and I am glad that he is on the Royals side,” Buttler said during an Instagram live chat on the Royals’ handle.
When asked about his favourite wicketkeeper by a fan Buttler replied, “Huge MS Dhoni fan. It is great to see him back on the field last night.”
Earlier, Buttler announced that he will miss the opening game for the Royals against Chennai Super Kings as the player is still undergoing quarantine with his family following COVID-19 protocols.
The announcement raised eyebrows as it was expected that the English and Australian players who came in from the UK only needed to quarantine for 36 hours.
Clearing the air, the RR official said that Buttler wasn’t part of the bubble that was created for the players travelling from the UK to UAE and that is the reason why he has to do a full six-day quarantine.
“It is simple. Buttler came with his family and he wasn’t part of the bubble created for the players who came in from the UK for the IPL. So, he will just do a six-day quarantine and then come in for the next game. He flew in a different plane than the others,” the official explained.
RR skipper Steve Smith, England all-rounder Tom Curran and pacer Jofra Archer will be available for selection for the opening game as they came through the bubble.
Rajasthan Royals will play against CSK in their opening game on Tuesday, September 22. CSK have won their opening game against Mumbai Indians by five wickets on Saturday. (ANI)