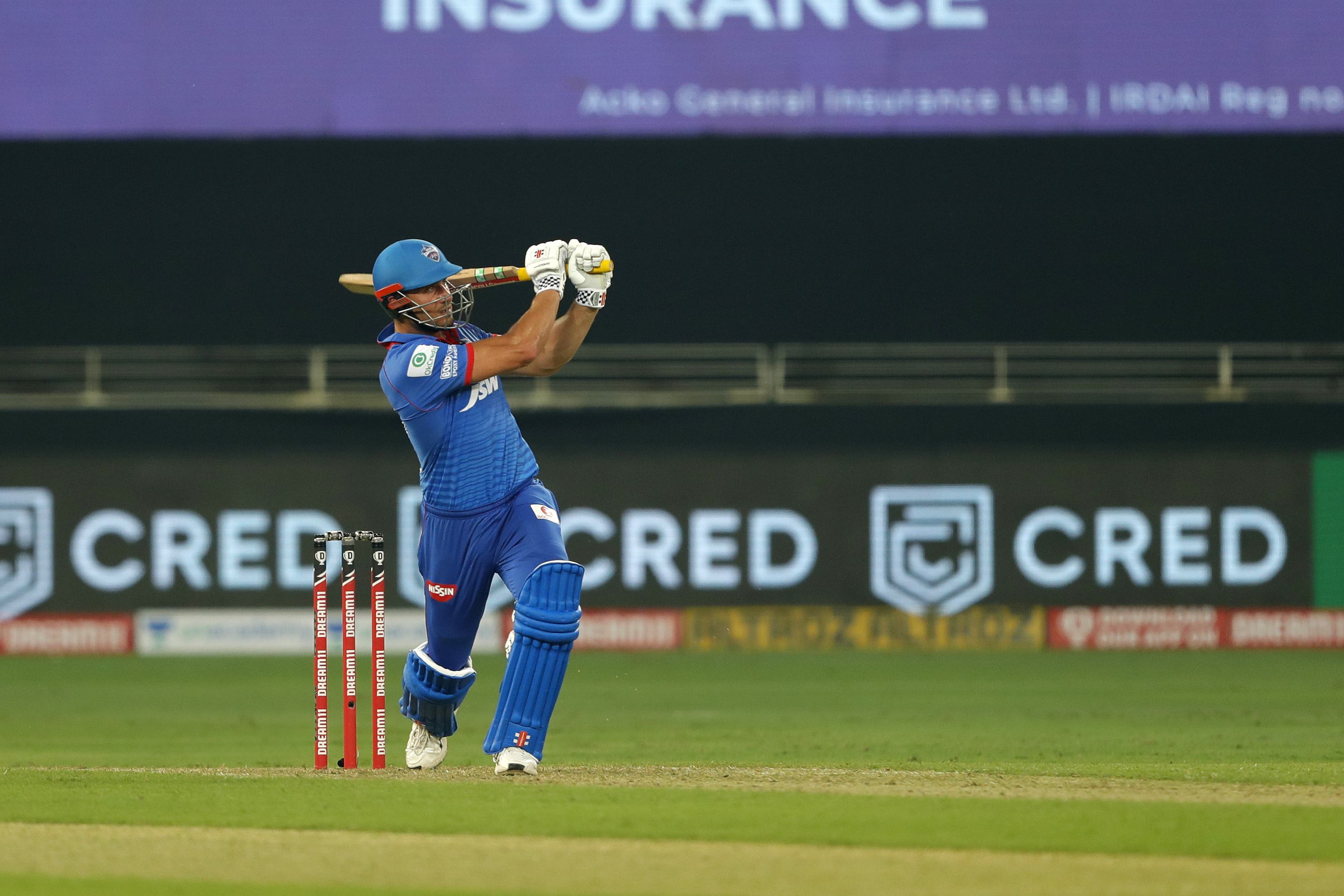 Dubai [UAE], September 20 (ANI): Marcus Stoinis’ 20-ball half-century guided Delhi Capitals to a total of 157 runs against Kings XI Punjab during their Indian Premier League (IPL) clash here on Sunday.
Kings XI Punjab dominated their opponents until Stoinis brought Delhi Capitals back in the game by scoring 53 runs in just 21 balls.
After being asked to bat first, Delhi Capitals got off to a very poor start as the team lost three wickets in quick succession. Shikhar Dhawan (0) was run out in the second over while Prithvi Shaw and Shimron Hetmyer were dismissed by Mohammad Shami in the fourth over.
Shreyas Iyer and Rishabh Pant then took the field and provided the team with some momentum. Both played cautiously but kept the scoreboard running, helping the team get past the 50-run mark.
Although Delhi Capitals were not giving away any wicket, Kings XI Punjab continued to dominate the match. After the competition of 11 overs, Delhi Capitals were at 56/3.
However, from there on, Iyer shifted gear and started playing with an attacking mindset. In the 13th over, bowled by Krishnappa Gowtham, Iyer struck two massive sixes. Both formed a 73-run partnership before Pant (31) was bowled by Ravi Bishnoi in the 14th over.
In the next over, Mohammed Shami removed Iyer (39), putting Delhi Capitals under pressure again.
Axar Patel and Stoinis were the next batsmen but their partnership did not last long as the former was sent back to the pavilion by Sheldon Cottrell. Delhi Capitals were at 100/7 after completion of 17 over, with Stoinis and R Ashwin on the field.
Stoinis began playing furiously and struck regular boundaries and sixes, bringing the team back in the game. He continued his brilliant form and went on to complete his half-century and helped Delhi Capitals reach a respectable total.
Shami claimed three wickets while Cottrell picked two wickets in the match. Kings XI Punjab need 158 runs to win the match. (ANI)