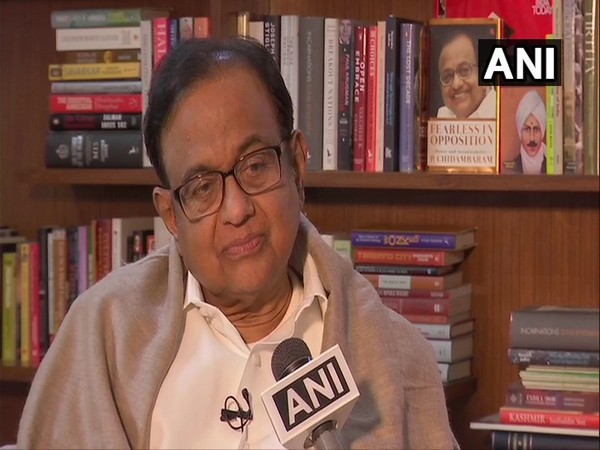 New Delhi [India], September 21 (ANI): After the agriculture reform Bills were passed by the Rajya Sabha, Congress leader P Chidambaram on Monday questioned that with millions of private transactions happening every day how will the Centre assure that the farmers are guaranteed the minimum support price (MSP) for their produce.
In a series of tweets, the Rajya Sabha MP said that the Modi government should stop lying to farmers and compared the issue with the claim of depositing Rs 15 lakhs in the bank accounts of every Indian.
“The Modi government should stop lying to the farmers and making false promises. The promise of guaranteeing MSP in private transactions is like the promise to deposit Rs 15 lakh in the bank account of every Indian” Chidambaram’s tweet read.
“There will be millions of private transactions every day in thousands of villages all over India. How will the government guarantee MSP is paid in these transactions? Under which law is a private purchaser obliged to pay MSP to the farmer in a private transaction?” he added.
He further urged the government to reveal how it would know which farmer sold what produce to which trader in case of private transactions.
The Farmers’ Produce Trade and Commerce (Promotion and Facilitation) Bill, 2020 permits the electronic trading of farmers’ produce and allows the setting up transaction platforms for facilitating direct online buying and selling of farm products.
The Farmers (Empowerment and Protection) Agreement on Price Assurance and Farm Services Bill, 2020 provides for a farming agreement prior to the production or rearing of any farm produce. (ANI)