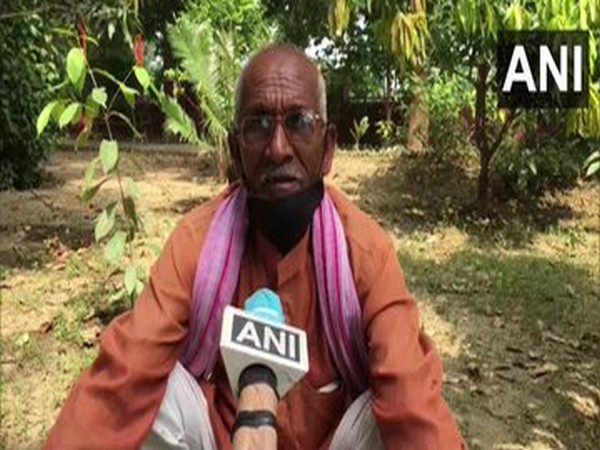 Kanpur (Uttar Pradesh) [India], September 21 (ANI): While a row between the Centre and Opposition ensued over the agriculture sector reform Bills in the Upper House of the Parliament on Sunday, farmers in Kanpur welcomed the new legislation and urged the government to think more of their community.
Farmers urged the government to take more steps to remove the middlemen from the marketing of agricultural produce so that the maximum benefits can be retained by them.
“We welcome the farm Bills but the Central government should think more about farmers. They should reduce the role of middlemen and take steps to ensure that farmers do not commit suicide,” farmers told ANI here.
“The government should do something to exclude the middlemen, today the maximum profit from our produce goes to the middlemen. If such a condition persists, our next generation is not going to take up this profession,” they added.
They further urged the Centre to take note of the financial distress of the farming community across the country and asked it to ensure that at least the entire input cost is repaid at the time of selling the produce.
Farmers also highlighted the claim that the minimum support price (MSP) being given to farmers is low and should be increased.
Earlier yesterday, amid a ruckus, the Rajya Sabha passed two agriculture bills: The Farmers’ Produce Trade and Commerce (Promotion and Facilitation) Bill, 2020, and The Farmers (Empowerment and Protection) Agreement on Price Assurance and Farm Services Bill, 2020.
During the discussion of the Bills, the rule book of Rajya Sabha was torn.
Some Opposition MPs were also removed from the well in the Rajya Sabha. A few of them made an attempt to snatch the mike of Rajya Sabha deputy chairman Harivansh.
BJP President and Rajya Sabha member JP Nadda appealed for action against those members who violated the rules of the house.
Meanwhile, opposition parties moved a no-confidence motion against Deputy Chairman of the House Harivansh.
The Farmers’ Produce Trade and Commerce (Promotion and Facilitation) Bill, 2020 permits the electronic trading of farmers’ produce and allows the setting up transaction platforms for facilitating direct online buying and selling of farm products.
The Farmers (Empowerment and Protection) Agreement on Price Assurance and Farm Services Bill, 2020 provides for a farming agreement prior to the production or rearing of any farm produce. (ANI)

Kohli holds on to 2nd spot in ICC rankings

Vijay Patkar to be seen in double role in ‘Yea Toh…