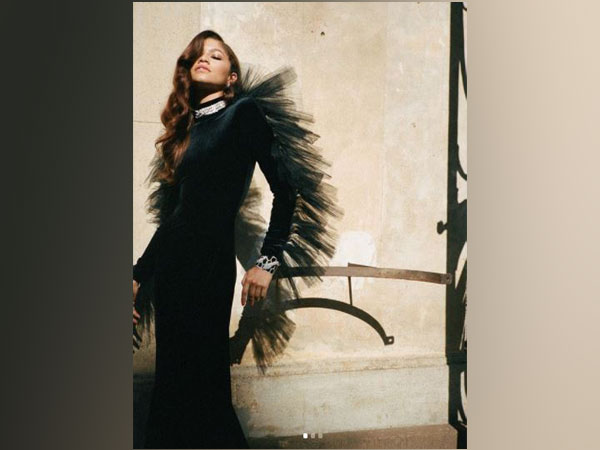 Los Angeles [US], September 21 (ANI): American actor and singer Zendaya has won an Emmy for ‘Outstanding Lead Actress in a Drama Series’.
The 24-year-old has won the accolade for her portrayal of Rue Bennett in HBO’s drama series ‘Euphoria’.
Euphoria is an American teen drama television series created by Sam Levinson and it follows a group of high school students through their experiences of drugs, friendships, love, and trauma.
Jennifer Aniston (The Morning Show), Olivia Colman (The Crown), Jodie Cormer (Killing Eve), Laura Linney (Ozark), Sandra Oh (Killing Eve), and Zendaya (Euphoria) were nominated this year in the category of ‘Outstanding Lead Actress in a Drama Series’.
The 72nd Primetime Emmy Awards were originally slated to be held at Microsoft Theater in Los Angeles. However, due to the COVID-19 pandemic, it was decided that the ceremony will be held virtually from the actors’ homes across the US.
American television host Jimmy Kimmel is hosting this year’s Emmys. The award show was preceded by the 72nd Primetime Creative Arts Emmy Awards and it was held from September 14-19.
The nominations for this year’s Emmys were announced on July 28 and it was led by HBO’s mini-series ‘Watchmen’ after having 26 nominations to its name.
HBO’s ‘Succession’ and Netflix’s ‘Ozark’ were nominated for 18 awards.
In terms of comedy series, Amazon Prime Video’s “The Marvelous Mrs. Maisel” led the nominations with 20. (ANI)

Will work to protect Constitution, uphold its values: Kovind

Dependability an important reputation to have: Jacqueline