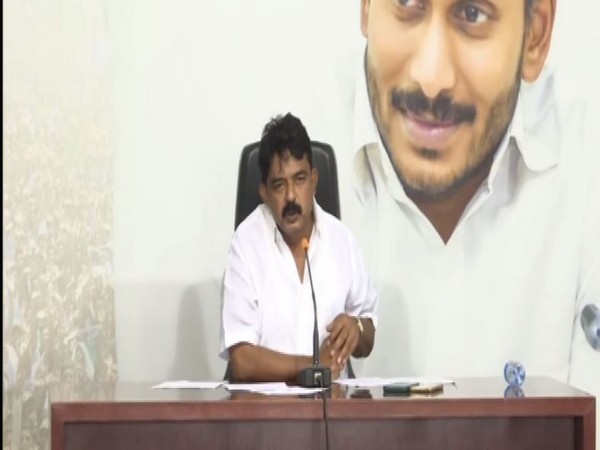 Amaravati (Andhra Pradesh) [India], September 19 (ANI): Andhra Pradesh Transport and Information and Public Relations Minister Perni Venkataramaiah on Saturday alleged that the Telugu Desam Party (TDP) chief N Chandrababu Naidu has weakened the judiciary.
Addressing a press conference here, Perni said, “Any constitutional body should work within the ambit of the Constitution for the welfare of the public but TDP chief N Chandrababu Naidu has weakened all constitutional bodies including the judiciary.”
He said, “Yesterday our MP PV Midhun Reddy was trying to tell the Parliament how judiciary is acting in the state, but TDP MPs created a ruckus.”
His remarks came in the backdrop of the Andhra Pradesh High Court passing gag orders on the media and stalling an investigation into an alleged real estate scandal in Amaravati during the TDP regime.
Speaking on the additional cess on petrol and diesel, he said, “In wake of corona, Andhra Pradesh government imposed Rs 1 cess on petrol and diesel and pro-TDP media is making fuss about it. This media never wrote when Chandrababu Naidu had imposed additional cess for Amaravati development. This media never wrote where that money had gone. The same media never wrote against the Central government which increased it by Rs 10 on petrol and diesel in past nine months.”
“That media has hatred for Jagan, love for Chandrababu and fear of Modi,” added the minister.
He said, “Our government has clearly said that the cess imposed will be used for development of roads and infrastructure. But Chandrababu had looted money in the name of cess for development of Amaravati.”
The minister also raised suspicions that TDP chief N Chandrababu Naidu was behind attacks on temples.
“The attacks on temples seem to be a conspiracy against YS Jagan Mohan Reddy. We doubt that all these attacks are hatched by Chandrababu and his party leaders,” he said.
Antarvedi temple chariot being gutted in fire and silver statues of lions on the silver chariot of Vijayawada Kanakadurga temple created an uproar in the state of Andhra Pradesh. (ANI)

Atletico gear up for La Liga clash vs Leganes without Costa,…

Cuba, US retain ‘profound differences’ over…