RSS affiliate demands MSP for all even outside mandis, demands bank guarantee based registration of traders to ensure credibility 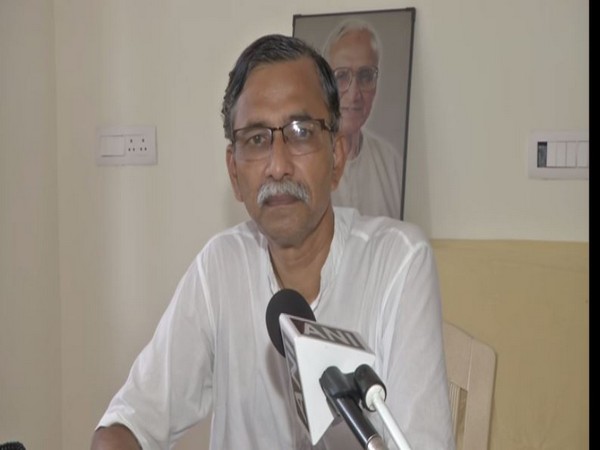 By Pragya Kaushika
New Delhi [India], September 19 (ANI): The Rashtriya Swayamsevak Sangh (RSS) affiliate Bharatiya Kisan Sangh (BKS) wants the central government to make few changes in the agriculture bills that are slated to come in Rajya Sabha for discussion on Sunday.
Referring to concerns of farmers, BKS wants the government to extend Minimum Support Price (MSP) even outside agriculture markets in a private agreement. The demand is to give MSP to farmers even in the open market.
BKS also wants the government to ensure that a trader who does agreement with farmers about their produce should be registered and an agreement done only using Pan card should not be acceptable.
Dinesh Kulkarni, National Secretary (Organisation), BKS, said that only six per cent of the farmers are able to reach mandis and sell their produce on MSP.
“Around 80 per cent to 85 per cent are small and marginal farmers. The government is giving assurance that it will not stop buying produce on MSP but only six per cent will benefit from that. The rest will not,” Kulkarni said.
“Our suggestion is to integrate open market with MSP scheme. It should have both agricultural produce market committees (APMCs) and traders so that farmers even if they sell to traders get Minimum Support Price.”
The functionary said that if APMCs aren’t covered in the Bill, then another law should be brought to make MSP mandatory irrespective of mandis or traders in the open market.
While several opposition parties are set to oppose the two farm bills, the BJP is trying to seek support of non-Congress parties for the bills.
Kulkarni also said that the government should make registration of traders along with bank guarantee compulsory. “Pan card doesn’t mean much. We want state or centre to build a portal where traders should get bank guarantee and get themselves registered,” said the functionary.
The BMS functionary also stated that their demand for agriculture courts has been accepted by the government. These courts will work on gram panchayat level in case of a dispute. He said Haryana has built village level courts to resolve disputes. (ANI)

Even your sweat can bring happiness

Kevin Hart opens up about how wife Eniko ‘held him…