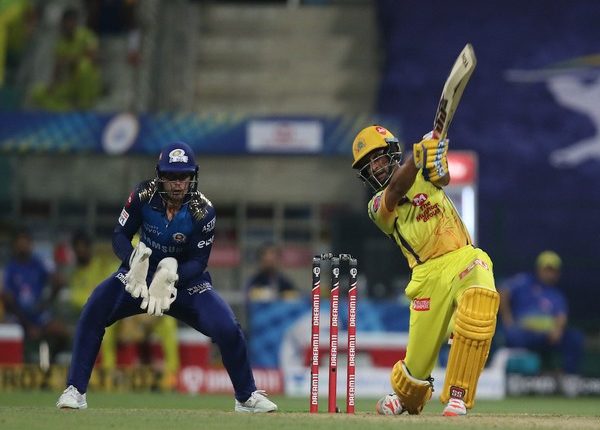 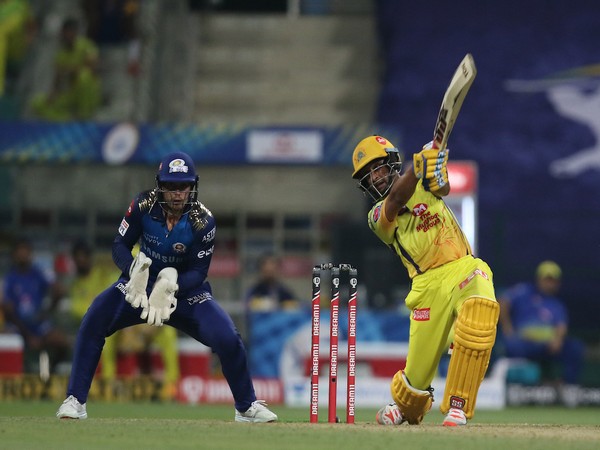 Abu Dhabi [UAE], September 19 (ANI): Chennai Super Kings (CSK) made a winning start in the Indian Premier League (IPL) as they defeated Mumbai Indians in the opening match of the tournament by five wickets here on Saturday.
Chasing a target of 163 runs, CSK witnessed a poor start as the team lost two wickets in the first two overs of the innings. Shane Watson was given LBW off Trent Boult’s delivery in the first over while Murli Vijay was dismissed by James Pattinson.
Faf du Plessis and Ambati Rayudu then took the field and handed their side with some momentum. The duo struck regular boundaries and took the team over the 100-run mark, with Rayudu completing his half-century from just 33 balls.
Both formed a 115-run partnership before Rahul Chahar handed Mumbai Indians with the much-needed breakthrough. Chahar caught and bowled Rayudu, who played a knock of 71 runs. Ravindra Jadeja then joined Du Plessis on the field but their partnership did not last long as the former was sent back to the pavilion by Krunal Pandya.
Jadeja’s dismissal brought Sam Curran on the field and he started playing with an attacking mindset, smashing a six and a boundary in the same over. In the next over, Curran hit another six to Bumrah but the bowler made a stunning comeback and dismissed Curran on the very next delivery.
The match came to a point where CSK needed 10 runs from 10 balls. CSK skipper MS Dhoni then came out to bat. He returned to the field after 437 days of his last competitive outing as he had last played against New Zealand in the ICC World Cup 2019 semi-final.
In the last over, Du Plessis struck two boundaries to Boult, taking the side over the line to help CSK make a winning start in the league. Du Plessis played an unbeaten knock of 58 runs.
Earlier, put in to bat, Mumbai Indians got off to flying start with openers Rohit Sharma and Quinton de Kock adding 46 runs for the first wicket inside five overs. However, Piyush Chawla got the better of Rohit as the right-handed batsman chipped the ball straight to mid-off.
Three balls later, an off-cutter from Sam Curran deceived de Kock, reducing Mumbai to 48/2.
Suryakumar Yadav and Saurabh Tiwary stitched a 44-run stand before Deepak Chahar dismissed him. Hardik Pandya joined Tiwary in the middle and whacked two consecutive sixes in an over.
Just when things seemed good in the middle, Ravindra Jadeja dismissed both Suryakumar and Hardik, triggering a middle-order collapse. Mumbai Indians kept losing wickets at regular intervals and were soon found reeling at 136 for six wickets in the 17th over.
Kieron Pollard tried to revive Mumbai’s innings but got out after scoring 18 runs. For CSK, Lungi Ngidi scalped three while Chahar and Jadeja took two wickets each.
Delhi Capitals will play against Kings XI Punjab on Sunday. (ANI)