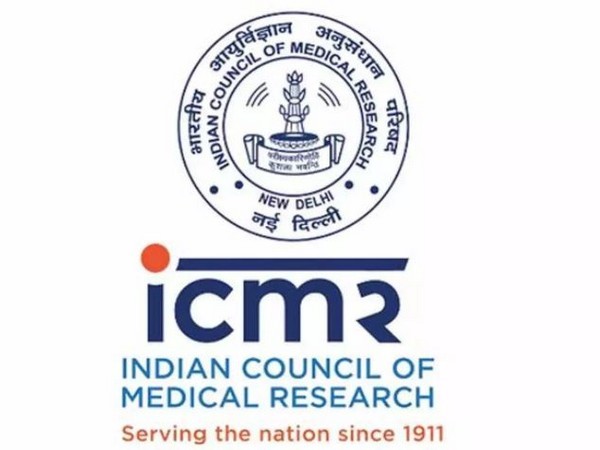 New Delhi [India], September 19 (ANI): The Indian Council of Medical Research (ICMR), the apex body at forefront of formulating the COVID-19 testing strategy on Saturday said that country’s calibrated testing strategy has been a major arsenal in the fight against Coronavirus.
“India’s calibrated testing strategy, formulation, and deployment of testing platforms at different levels for ease of testing have been major arsenal in the fight against COVID19. ICMR is committed to working towards ensuring that COVID-19 tests are accessible to everyone in the country,” tweeted the ICMR.
Sharing a media report about the United Kingdom’s use of the DnaNudge test for COVID-19, a similar technology as India’s TrueNat platform, the ICMR tweeted, “It is heartening to see the UK introduce the DnaNudge test. India introduced its TrueNat platform, a similar indigenously developed system back in April, which is easy to use with an added advantage of having half the turn-around time.”
It further said that India’s TrueNat platform is simple and does not require any specialised labs.
“Our TrueNat platform previously deployed and WHO pre-qualified for TB, is simple and does not require any specialized labs. As of today, 2500 TrueNat machines have been deployed in 484 districts of the country and over 25,00,000 tests have been conducted till date,” the ICMR said in a subsequent tweet.
It added that India has been at the forefront of pioneering testing platforms for ramping up the country’s testing capacity for COVID-19, and the country has crossed the six crore mark in conducting tests for detection of COVID-19 with average testing of more than 10 lakh samples per day. (ANI)

We were bit short in first innings, says Australia skipper…

I was bowled over by Kader Khan’s comedy: Raveena…