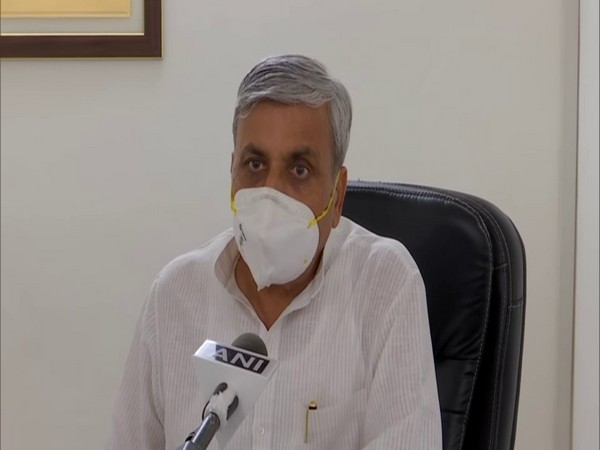 Chandigarh [India], September 19 (ANI): Haryana Agriculture Minister Jai Prakash Dalal said on Friday that opposition parties can no longer mislead farmers as Prime Minister Narendra Modi and Chief Minister Manohar Lal Khattar have pledged to make farmers economically affluent.
Dalal said the opposition parties are unnecessarily politicising ‘New Farm Ordinances’ recently promulgated by the central government, saying these ordinances are in the interest of farmers.
“The government has no objection if the farmer wants to sell their produce outside the mandis. In the mandis, procurement of crops will continue at the Minimum Support Price as before. Additional facilities have been provided to farmers through ordinances. The farmers can sell their produce not only in the mandis of their state but also in the mandis of other states too as per their convenience,” the minister said.
He stated that the Chief Minister while considering the farmers’ interests had turned the nationwide lockdown period into opportunity amid COVID-19 by formulating several new schemes providing the direct benefit of government schemes to about 17 lakh farmer families of the state.
The minister said that the work of digitisation was proved to be very effective for the ‘Meri Fasal Mera Byora’ portal. Despite the lockdown, the procurement of wheat and mustard was done through the e-procurement of Rabi crops.
Using the data available on the portal, more than 74.43 lakh metric tonnes of wheat were purchased in 1,800 mandis and procurement centres during the Rabi season, Dalal said. (ANI)