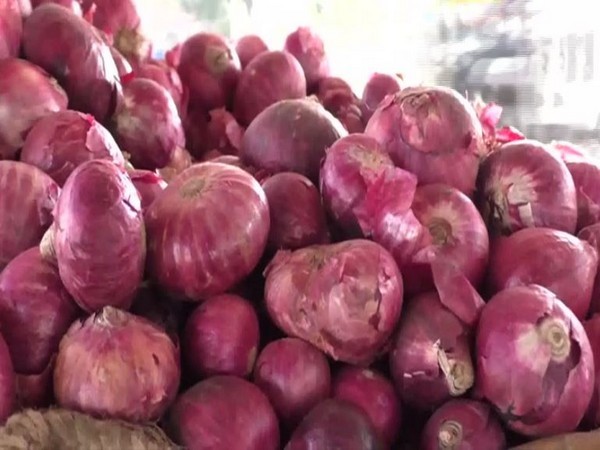 New Delhi [India], September 19 (ANI): India has allowed the export of onions lying on ports in transit to all countries including Bangladesh, government sources said on Friday.
In the Kolkata zone, there are 20,089 metric tonnes of onion lying on the port while in Mumbai-II zone, 4,576 metric tonnes of the commodity are kept, sources said.
In other places like Trichy and Nagpur, 933 and around 258 metric tonnes of onion are lying on these ports respectively, they added.
The development comes after Bangladesh had expressed “deep concern” over India’s decision to ban onion exports, according to media reports.
The central government on Monday banned the export of all varieties of onions except those cut, sliced or broken in powder form, with immediate effect, in an apparent move aimed at increasing domestic supply and reducing the prices.
Last October, Bangladesh Prime Minister Sheikh Hasina had jokingly said she asked her cook to not add onion while preparing food and lamented that her country has been inconvenienced by India’s decision to ban exports of onion in September. The ban was subsequently lifted in March this year.
“We have been inconvenienced with the ban on onion exports. If you had given a notice to us, we could have got it from somewhere else. I have instructed my cook not to put onion while preparing food. If you want to do such a thing, then do let us know at the earliest, Hasina had said at an event in the national capital while she was on an official visit to India.
India’s move to ban exports of onions earlier this week has shot up prices of the kitchen staple in Bangladesh. Apart from this, hundreds of Bangladesh-bound onion trucks were stranded at various ports and land borders in West Bengal. (ANI)