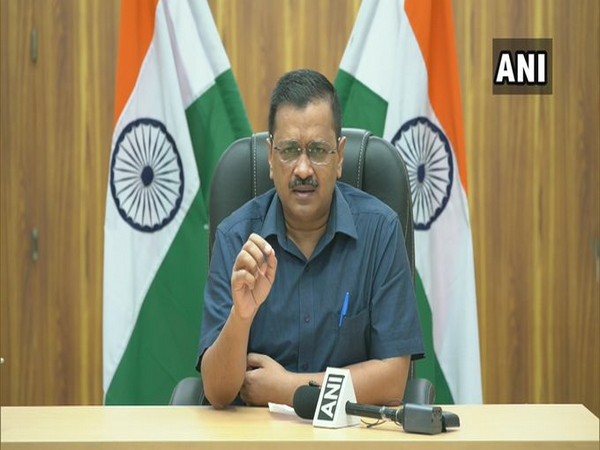 New Delhi [India], September 18 (ANI): Delhi Chief Minister Arvind Kejriwal on Friday requested all non-BJP parties to oppose the three Bills related to the agriculture sector introduced by the Centre in the Rajya Sabha.
“The three Bills of the Centre will leave the farmers for exploitation in the hands of big companies. I request all non-BJP parties to oppose the Bill unanimously in the Rajya Sabha. It must be ensured that all MPs are present and there should be no drama of walkout. The farmers of the country are watching you,” he said in a tweet (Roughly translated from Hindi).
Kejriwal on Thursday said that the Aam Aadmi Party (AAP) will vote against the three bills on agriculture in the Parliament.
In a tweet in Hindi, Kejriwal had said, “Three laws which have been brought into Parliament related to agriculture and farmers are against the farmers. The farmers are opposing it throughout the country. The Central government should take back these three laws. The Aam Aadmi Party will vote against them in Parliament.”
Farmers in Punjab, Haryana have been protesting against the agriculture ordinances passed by the Union Cabinet. The three Bills to replace the ordinances were introduced in the Lok Sabha in the monsoon session and the Essential Commodities (Amendment) Bill, 2020 was passed on Tuesday. (ANI)

ZuperMeal to do doorstep delivery of healthy, fresh meals