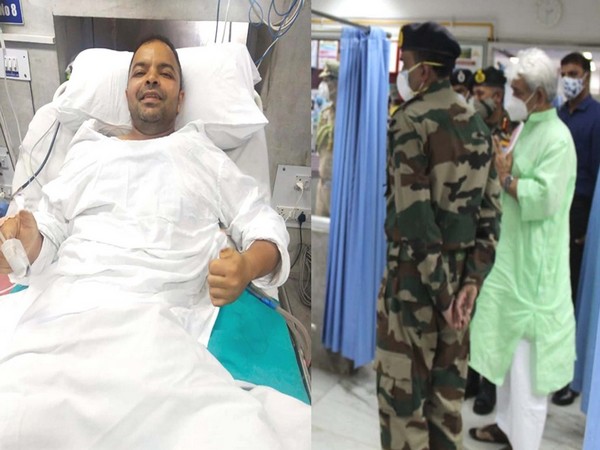 Srinagar (Jammu and Kashmir) [India], September 18 (ANI): Lieutenant governor of Jammu and Kashmir Manoj Sinha on Friday visited the 92 Base Hospital in Srinagar and enquired about the well being of Rahul Mathur, Deputy Commandant of the Quick Action Team of the CRPF who is admitted with gunshot injury.
As per a statement from the Jammu and Kashmir government, the Deputy Commandant was part of Thursday’s encounter at Firdousabad, Batmaloo wherein he received gunshot injuries while leading the assault. He later managed to gun down one of the terrorists.
‘I salute the exemplary courage and bravery displayed by Dy Commandant Rahul Mathur, despite being shot at twice, said the Lt Governor while lauding the brave officer. The country is proud of his bravery, patriotism and commitment to duty,’ the Lt Governor was quoted in the statement. (ANI)

Egypt court says ‘no’ to transfer of Red Sea…