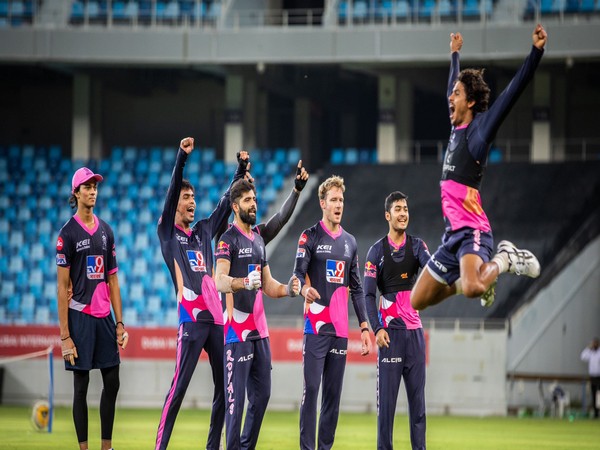 New Delhi [India], September 18 (ANI): Since the inception of the Indian Premier League (IPL), Rajasthan Royals have been roping in the youngsters and domestic players in their squad and nurturing them as a great asset to the franchise.
This year too they did what they are best at. The franchise features a great mix of young and experienced players, which looks like a balanced team to compete for the title in the 13th edition of the IPL.
It has been more than a decade since the Jaipur-based side had won their first and last title in the inaugural season (2008) under the captaincy of Australian spinner Shane Warne.
Despite having the solid overseas contingent in the likes of skipper Steve Smith, Jos Buttler, Jofra Archer and Ben Stokes, the team stuck to its philosophy of giving youngsters a platform to showcase their talent.
India U-19 World Cup hero Yashasvi Jaiswal is the biggest example of the side’s commitment. Delhi wicketkeeper-batsman Anuj Rawat, and the duo of U19 World Cup pacers Akash Singh and Kartik Tyagi further completes the list. Not to forget the 18-year old top-order batsman Riyan Parag, Mayank Markande and Rajasthan all-rounder Mahipal Krishan Lomror.
Under the leadership of Smith, the batting line-up of the side will be heavily dependent on the top-order as the side is likely to proceed in the first half of the tournament without the services of all-rounder Stokes. The side does not have any player that can fill Stokes’ boots.
Yashaswi, Riyan, Jos Buttler, Manan Vohra and Smith are most likely to play in the top-four positions in the team. IPL veterans Robin Uthappa, David Miller and Sanju Samson will further add their experience and skills in the middle-order batting.
Uthappa, Miller once upon a time were prolific IPL players. But in past few years, their forms have been inconsistent.
The team lacks in match-winning all-rounders after Stokes’ participation hangs in balance as of now, the side has Shreyas Gopal and Mahipal Lomror who are yet to prove their mantle in the franchise.
Despite having a great lot of youngsters, Rajasthan’s pace bowling attack is reliant on foreign bowlers. They have one of the solid pace-unit in the IPL with the likes of Jofra Archer, Andrew Tye, Tom Curran, Oshane Thomas and Indian pacers Jaydev Unadkat, Varun Aaron, Ankit Rajpoot and Rahul Tewatia will further bolster the fast bowling of the side.
When it comes to spinners, it looks like the side has forgotten to bid for slow bowlers. Rajasthan does not have any international level spinner which will surely cause trouble to the side in the slow-turning wickets of the UAE.
There has been an opportunity for youngsters to step-up their game and perform for the side. But the lack of all-rounders, spinners and too much dependency on experienced foreign players can be an obstacle as the Royals look for their second title this season.

Four times more of everything in ‘Hate Story 3’:…