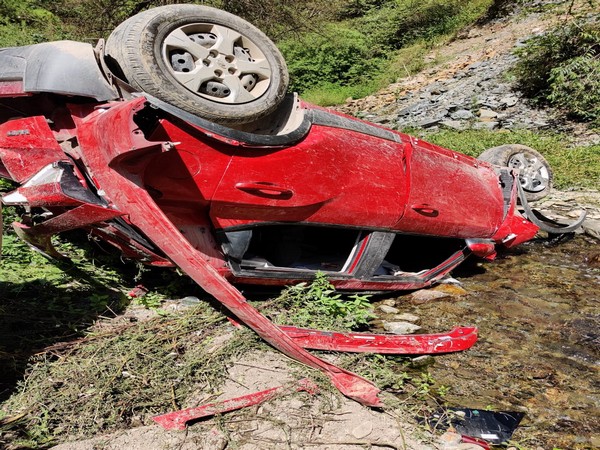 Shimla (Himachal Pradesh) [India], September 18 (ANI): Four people were killed after the car they were traveling in rolled down to a gorge near Sadhupul in Shimla district here, the police informed on Friday.
According to Superintendent of Police, Mohit Chawla, the deceased have been identified as Aman Negi (32) resident of Anand Vihar Saproon Solan, Tajinder Singh Negi (28) resident of Bhavanagar, Sahil Kanwar (28) resident of Solan, and Viplav Thakur (33) resident of Saproon Solan.
According to the SP, the incident happened at around 11.30 pm on Thursday night. (ANI)