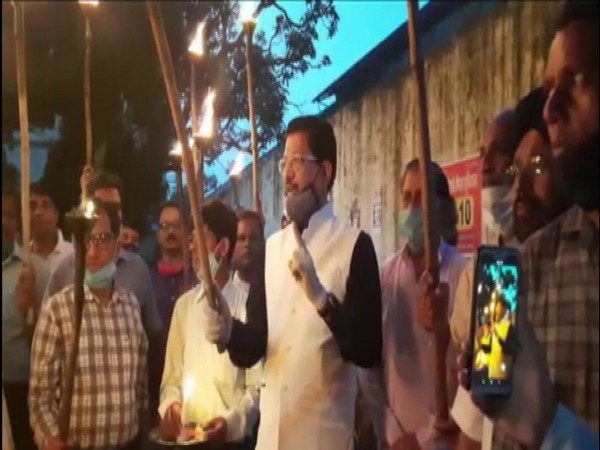 Dehradun (Uttarakhand) [India], September 19 (ANI): Uttarakhand Pradesh Congress Committee vice president Suryakant Dhasmana on Friday alleged that the Centre is conspiring against the public sector by encouraging privatisation.
At an event organised by Northern Railway Men’s Union to protest the privatisation of railways, Dhasmana said, “The central government is conspiring to sell the country’s public sector one by one.”
He said, “The Modi government has created a modus operandi under this conspiracy. Under this conspiracy, they (Centre) will slowly cripple the public sector undertaking to sell them and then discredit the sector by accusing them of stagnation. Following this, they sell it to their friends in the industry at a low cost.”
“Just like Coal India, the government is preparing to auction BSNL, Air India and Indian Railways. Congress is fighting against this privatisation conspiracy of the Modi government across the country. We will no longer allow the auction of these sectors,” Dhasmana added.
Dhasmana along with Railway employees took out a torch rally protesting against the Centre. (ANI)