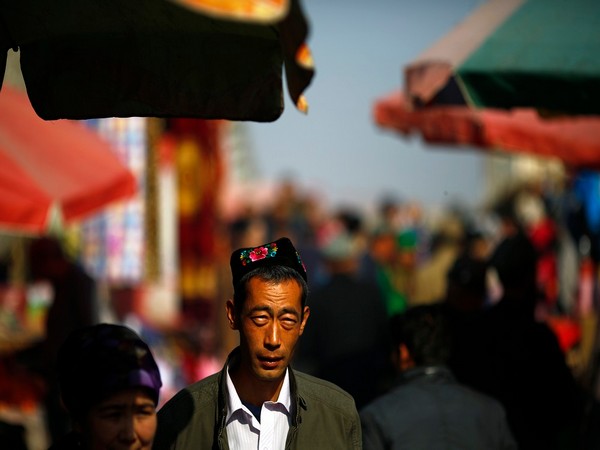 Washington [US], September 18 (ANI): A bill proposed by leading US lawmakers seeks to impose various restrictions related to China’s Xinjiang region including prohibiting certain imports.
China has been accused of massive human rights abuses in Muslim-majority Xinjiang locking up lakhs of people in so-called re-education camps. The US and China have sparred over the issue with the former imposing range of sanctions on CCP officials and entities involved in the human rights violations in the region.
According to the legislation proposed by James McGovern, goods manufactured or produced in Xinjiang shall not be entitled to entry into the United States unless Customs and Border Protection determines that the goods were not manufactured by convict labour, forced labour, or indentured labour under penal sanctions and reports such a determination to Congress and to the public.
The legislation also says that the President shall periodically report to Congress a list of foreign entities and individuals knowingly facilitating the forced labour of Uyghurs, Kazakhs, Kyrgyz and members of other Muslim minority groups in Xinjiang; and efforts to contravene US laws regarding the importation of forced labour goods from Xinjiang.
It also states that the President shall impose property-blocking sanctions on the listed individuals and entities and impose visa-blocking sanctions on the listed individuals.
China has been criticised globally for cracking down on the Uyghurs by sending them to mass detention camps, interfering in their religious activities and sending members of the community to undergo some form of forcible re-education or indoctrination.
In another crackdown on China, the United States has banned cotton, hair products, computer components and some textiles from China’s Xinjiang province, which are made “using forced labour”.
“By taking this action, DHS is combating illegal and inhumane forced labor, a type of modern slavery, used to make goods that the Chinese government then tries to import into the United States. When China attempts to import these goods into our supply chains, it also disadvantages American workers and businesses,” said Acting Department of Homeland Security (DHS) Deputy Secretary Ken Cuccinelli.
“President Trump and this Department have, and always will, put American workers and businesses first and protect American citizens from participating in these egregious human rights violations,” Cuccinelli said.
“The Trump Administration will not stand idly by and allow foreign companies to subject vulnerable workers to forced labor while harming American businesses that respect human rights and the rule of law,” said Acting CBP Commissioner Mark A. Morgan. (ANI)