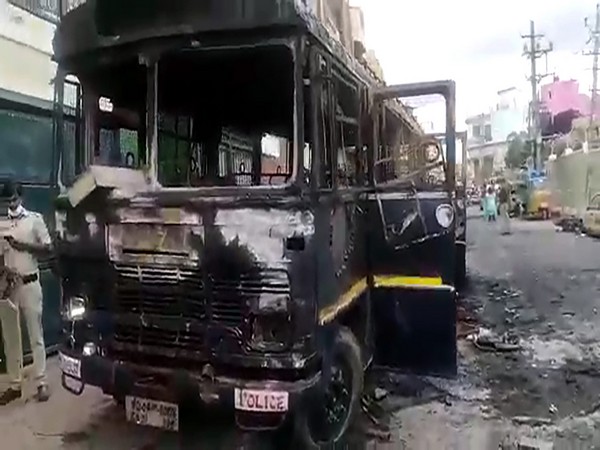 Bengaluru (Karnataka) [India], September 18 (ANI): A fact-finding committee released a report on the violence in DJ Halli and KG Halli areas of Bengaluru last month and recommended an immediate socio-economic survey in the areas to assess the loss of livelihoods, nutrition, health, and shelter.
Violence broke out in parts of Bengaluru on August 11 over an alleged “derogatory” social media post. At least three people lost their lives and nearly 60 police personnel were injured during the incident. The police have arrested around 415 accused in connection with the violence.
An FIR was registered on the complaint of Congress MLA Akhanda Srinivas Murthy at DJ Halli Police station three days after the violence broke out in parts of Bengaluru over an alleged “derogatory” social media post by his nephew, the police said.
The accused who were arrested in the case include Naveen, the nephew of MLA Srinivas Murthy, and Kaleem Pasha, the husband of Bruhat Bengaluru Mahanagara Palike corporator from Nagwara ward Irshad Begum. (ANI)

Serve veggies at dinner to become a loving mom