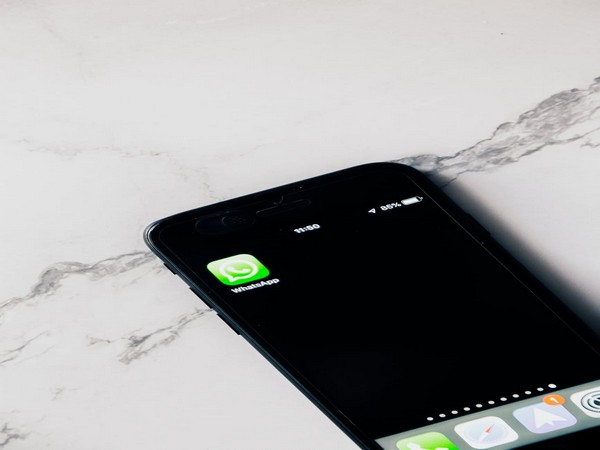 Washington [US], September 16 (ANI): Popular instant messaging platform WhatsApp recently was spotted experimenting with new icons for its feature WhatsApp web as part of the WhatsApp Web 2.2037.6 update.
According to Mashable, a popular website that posts regular updates on WhatsApp WABetaInfo reported that the application is designing new voice and video calls buttons.
They are currently unavailable because it’s still under development. Also, WhatsApp is working towards new icons for the attachment menu. These will soon be officially visible in a new update. In addition to these new icons, a new loading screen feature is under progression that will let users use the same WhatsApp account on multiple devices. The instant messaging application is currently working on the new screen.
As reported by Mashable, WhatsApp has also been working on a slew of other features. A new wallpaper feature was spotted in WhatsApp beta for Android 2.20.199.5 which would allow users to choose a different wallpaper based on the theme used in WhatsApp. As part of this feature, if one wants to choose a default wallpaper, WhatsApp will ask if the user wants to download the WhatsApp Wallpaper app, an official application from the company that provides wallpapers.
WhatsApp was already working towards new wallpaper improvements for its iOS app, and now it’s also working on this feature for its Android users. (ANI)

Facing Boult, Bumrah will be a challenge for CSK: Gautam Gambhir